On 1 Mar at Singapore Cruise Centre, an 81-year-old male Singaporean attempted to smuggle a total of 26 packets of duty-unpaid cigarettes concealed in boxes (Source: ICA).

The smugglers were thwarted by vigilant ICA officers at the Singapore Cruise Centre, West Coast Pier and Marina South Pier between the period of 25 February to 5 March. 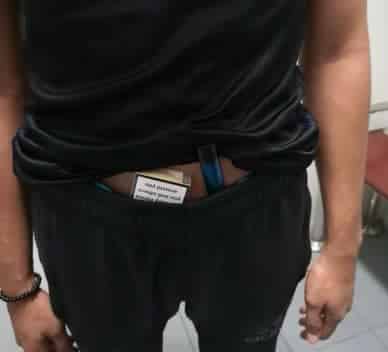 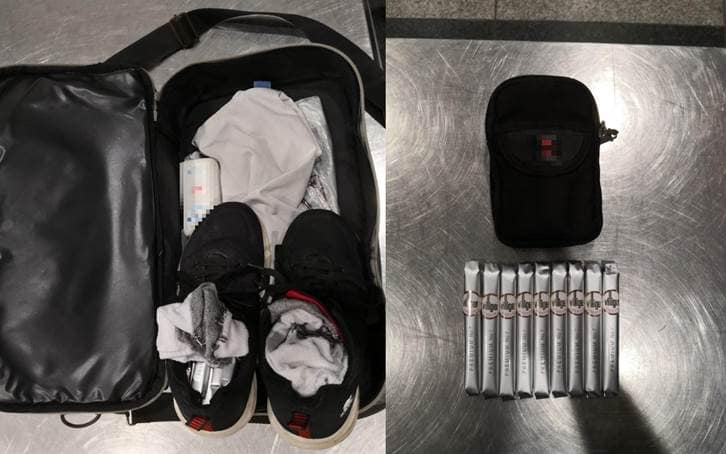 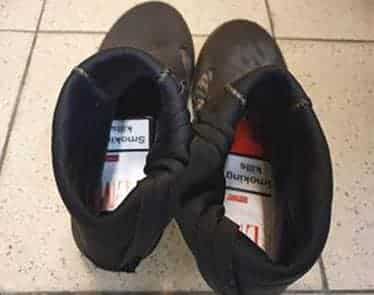 In a Facebook post on Tuesday (10 March), the ICA said that all four men were referred to Singapore Customs for further investigation.

Under the Customs Act, any person who fails to declare, or make an incorrect declaration of taxable goods, can be compounded up to $5,000, or charged in Court, depending on the severity of the offence.

The case involving the e-vaporiser was referred to the Health Sciences Authority for follow up action.

“These methods of concealment are a cause for concern as similar methods may be used by people with ill intent to smuggle security items into Singapore,” the authority wrote, adding that it will continue to conduct security checks on passengers, goods and vehicles so as to safeguard Singapore’s security.