In light of the growing concerns over the Wuhan coronavirus outbreaks in Singapore, residents in several HDB blocks in Punggol West expressed their spirit of community and took initiative to place hand sanitizers and alcohol wipes in the lifts for the public to use.

On 3 February, the Collike Facebook page posted a few photos that show a bottle of hand sanitizer, masks and a basket of alcohol wipes strapped to the railings in the lift Block 267B Punggol Field, with a note that was signed off by “Resident”. 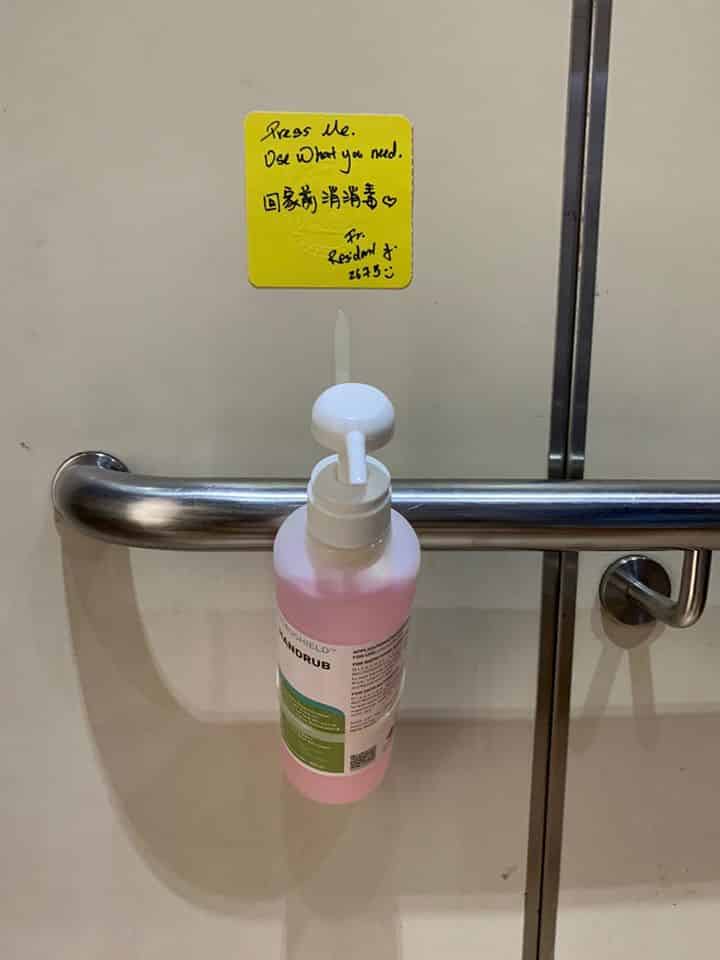 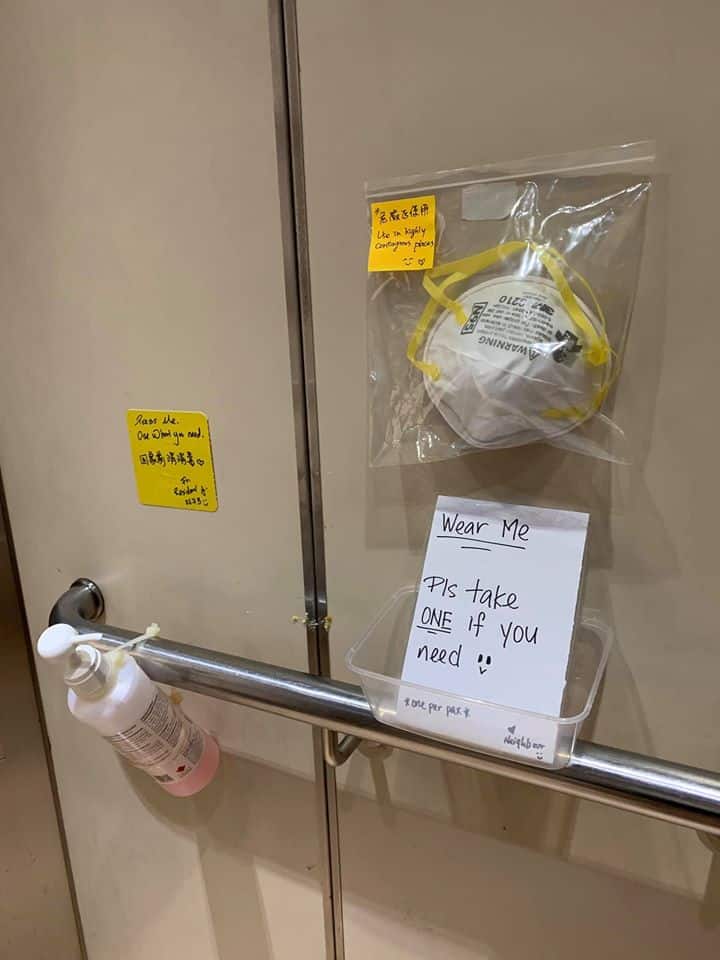 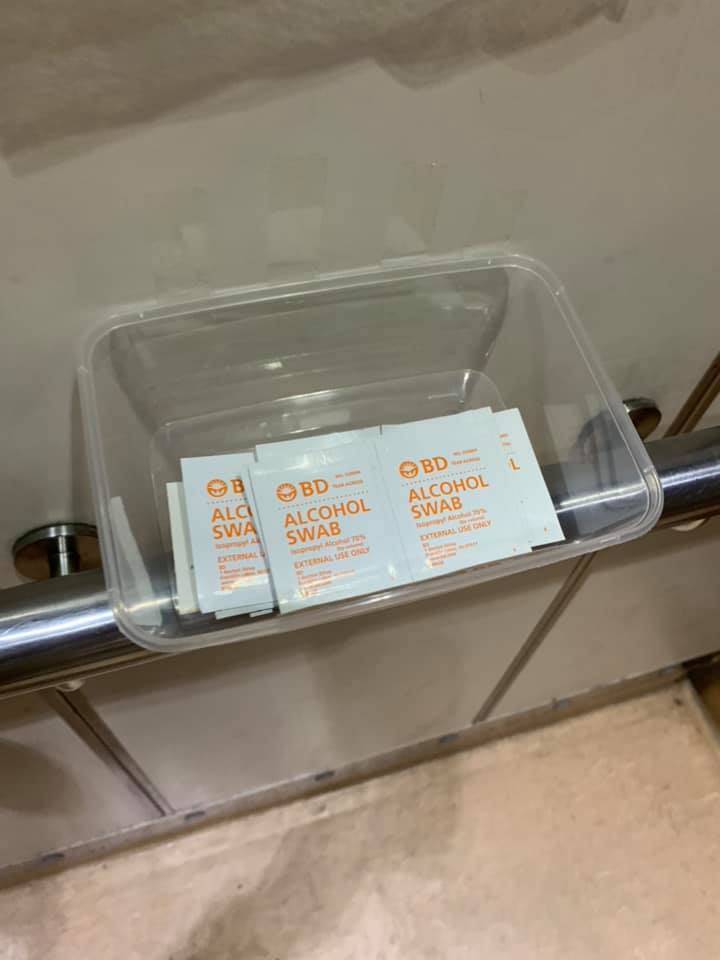 Collike said the post has reached more than 1 million people, and garnered more than 7k shares and 2.6k likes in 48 hours. The unknown resident’s kind gesture has inspired other neighbors to chip in more items in the lifts across multiple HDB blocks. 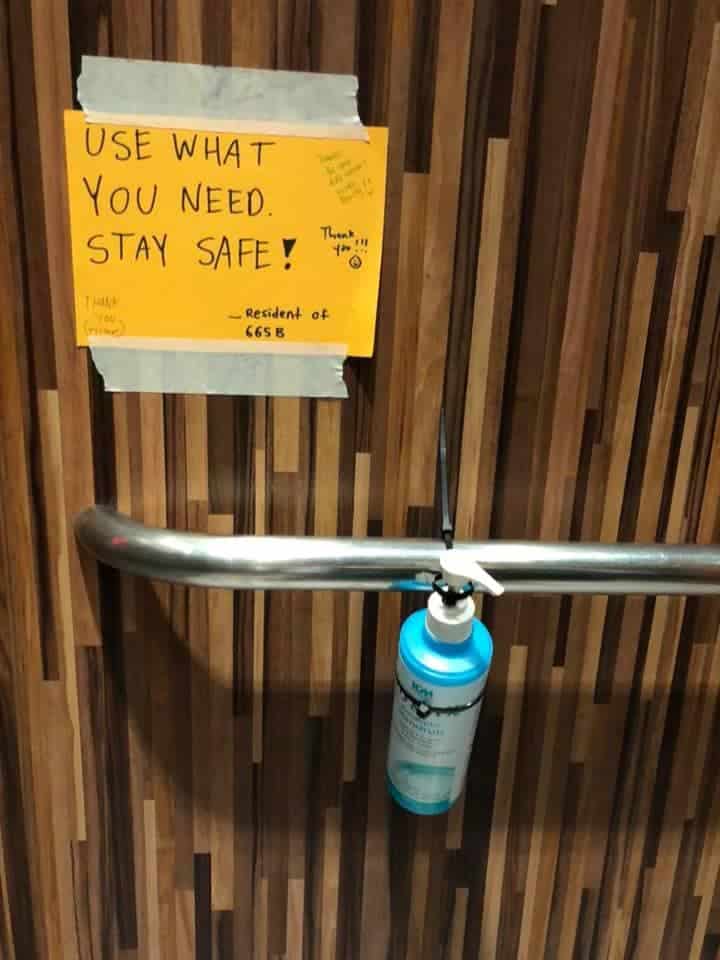 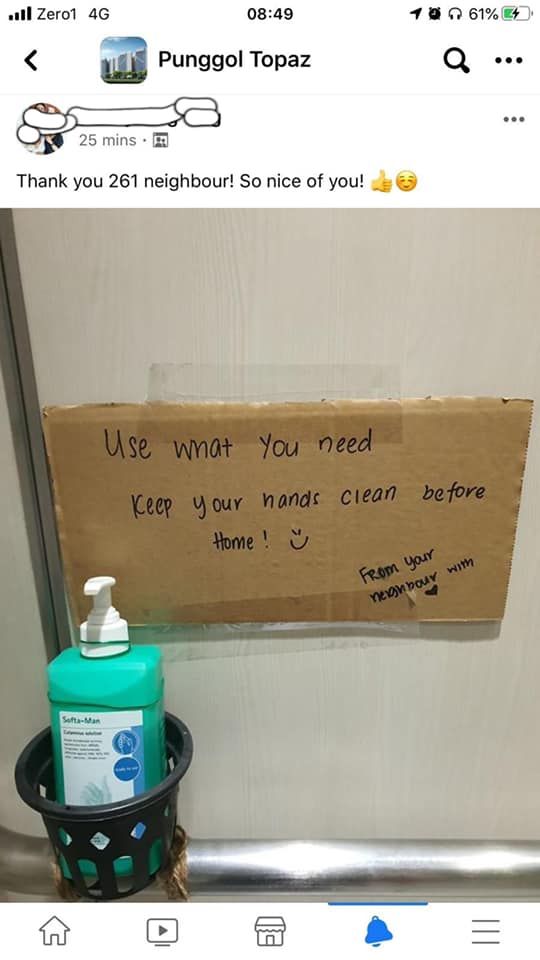 Meanwhile, Collike in a Facebook update on 6 February noted that they had ‘caught’ the unknown resident who started the initiative in the first place.

The resident who is identified only as “P” told Collike that he was inspired to do so after watching the “Inspirational Video – Pay It Forward” and “Pay It Forward (with Chinese subtitle)” videos on youtube.

“Together with P, we decided to make use of this platform to roll out the “Pay it forward challenge”. A challenge for anyone to share an item related to the current Coronavirus Virus,” Collike said in the caption.

This gesture of kindness followed a previous kind gesture by a Singaporean man Adrian and his Vietnamese wife Yen Vy Vu Tran who gave out a total of 4,000 masks to people outside Punggol MRT station on 31 January, and another 6,000 on 1 February.

The couple decided to buy bulk masks in Vietnam when they heard retailers in Singapore running out of surgical face masks and cases of people reselling the face masks at higher prices. Mr Adrian said due to the limit of one person can buy two boxes in a pharmacy, their family in Vietnam also helped them to buy more masks.

He cited that humanity should stand together in “times of crisis”, and helping others is the right thing to do based on Buddhist beliefs.

The couple garnered attention online after a Facebook post by the Singapore Atrium Sales on 4 February went viral.