On Monday (5 Aug), Workers’ Party MP for Hougang SMC, Png Eng Huat asked a question in Parliament concerning foreign students who have defaulted on their tuition grant bond obligation.
Almost all foreign students who studied in Singapore’s local universities and polytechnics have applied for tuition fee subsidy (tuition grant) which is meant for Singaporean students.
According to information on the Ministry of Education (MOE)’s website:

In other words, as long as the foreign students are willing to work in Singapore for 3 years after their graduation from the local universities or polytechnics, they would also get this tuition grant for free.
In terms of amount, foreign students (non-PR) who are enrolled into engineering courses in Nanyang Technological University this year, for example, would get a tuition grant or subsidy of $20,000 annually for the next 4 years: 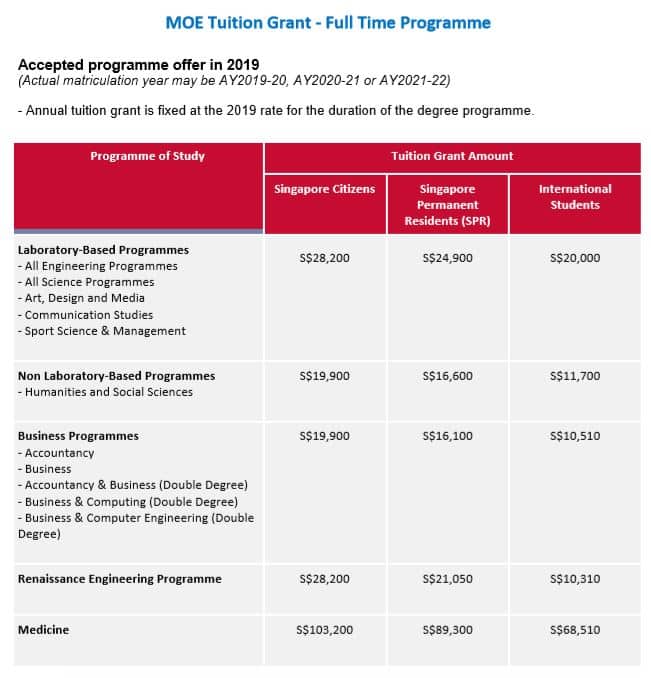 “To ask the Minister for Education:
(a) what is the number of international students who have defaulted on their tuition grant bond obligation in the last three years;
(b) what is the amount of grants given to these defaulting students; and
(c) what are the results of the recovery efforts made.”

In the case of question (a), Mr Png is asking how many foreign students have defaulted on their tuition grant bond obligation but instead of giving a specific number, Ong answered with a percentage.
“The proportion of defaulters is currently about 4% over the last three years,” he replied. It’s not known why Ong did not want to disclose the actual number of foreign student defaulters.
For question (b), Ong replied that the grant amount to this group of foreign student defaulters is about $5.5 million every year.
And for (c), Ong completely sidestepped the question. He repiied, “For this small proportion of defaulters, MOE takes a serious view. It is not just a matter of money, but also honour and trust. We have managed to recover from a few, and we will continue to make suitable recovery efforts.”
“For those who fail to pay their liquidated damages, we will also take actions to prevent them from working or residing in Singapore,” he added.
On behalf of Singaporeans concerned about spending too much taxpayers’ monies on foreign students, Mr Png was asking Ong on the amount or percentage of monies recovered from those foreign defaulters.
Ong instead replied that his government managed to recover from a few and added that the defaulters would be prevented from working or residing here, as if the defaulters are thinking of coming back to Singapore after they ran away from it in the first place.
This was the same case when Mr Png had asked a similar question in 2016 about the number of international students who have not served their grant obligation upon graduation to date and the amount of tuition grants given to them; and the number of these students who have not served their grant obligation for more than three years after graduation.
Ong replied Png that 84% of those who received the grant, are working or have applied for deferment. He shared that of the remaining 16%, some are working in Singapore but MOE does not have their employment records while some others are furthering their studies but did not go through the deferment procedures. He explained that these should not be viewed in the same light as individuals who knowingly and willingly decide not to fulfil their service obligations and noted that this group accounts for about $30 million of grants per year.
It looks like Singapore’s 4G leaders can’t even answer simple questions in Parliament. How are Singaporeans to trust them?