Social media are trending and both business as consumer are using it for information sharing and networking. Showing social media icons on smartphone (Photo by Twin Design from Shutterstock.com).

After Lyft’s highly anticipated IPO last week, the next tech “decacorn” that is up for listing is Pinterest, which has already made its S-1 filings public. In regards to evaluating Pinterest’s business model and its rumoured $12bn valuation, it helps to have a few different points of comparisons.

Namely, Twitter and Snapchat serve as very natural reference points: they are all “smaller” social networks with a strong presence within their niche markets while also facing stiff competition from Facebook. To help interested investors decide whether they want to invest in Pinterest, we’ve put together the below comparative analysis to assess Pinterest’s IPO prospects.

Monetization of International Users Is Key

In order to justify its $12bn valuation and get investors excited about its stock, Pinterest is going to have to show not just a continued growth of its user base, but also strong monetization of its international users. For instance, Pinterest has rapidly ramped up its monetization in the US for the past few years, increasing its average revenue per user from $0.72 in Q1 of 2016 to over $3 in Q4 of 2018, which is rapidly catching up to Twitter’s level. In fact, this was the primary reason why Pinterest has been able to narrow its operating losses from $140mn in 2017 to $75mn in 2018. 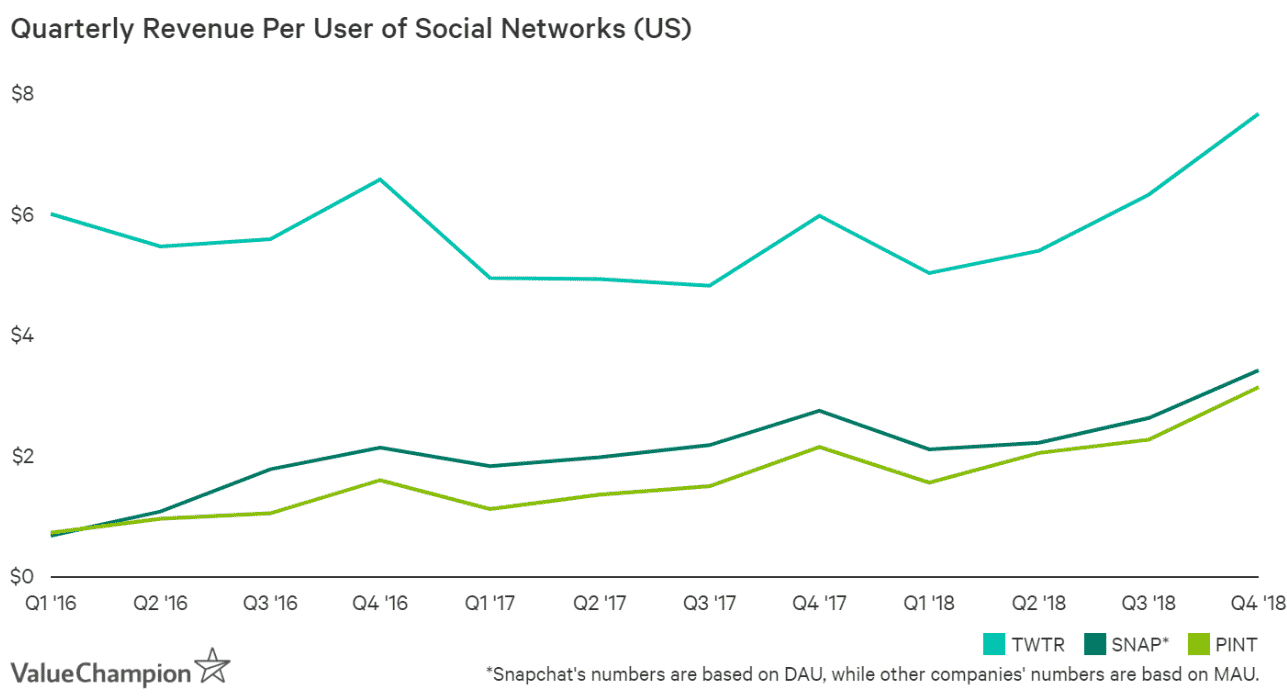 In contrast, Pinterest has been very slow to monetize its international user base. It still earns only $0.09 per its monthly active user of Q4 of 2018, which is a fraction of both Twitter & Snapchat’s figures. Given that international users comprise about 70% of Pinterest’s user base, it’ll be critical for the company to increase this metric to peer levels if it wants to become profitable and get investors excited about its stock. 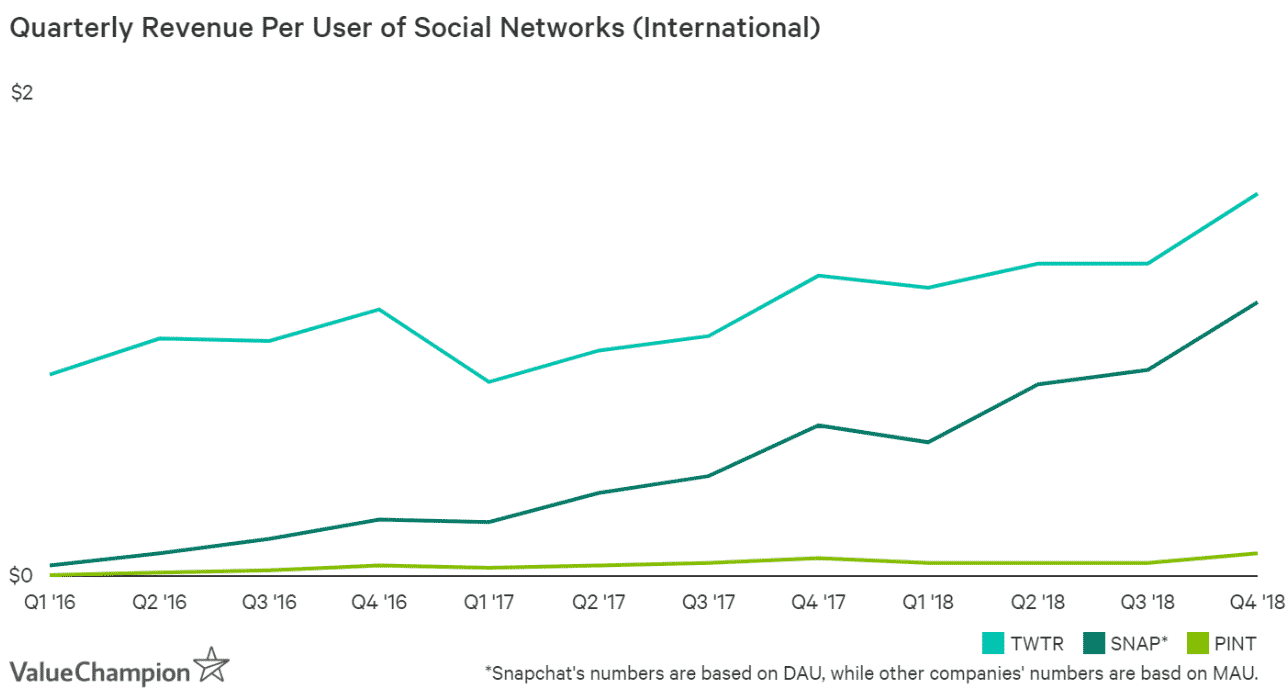 If Pinterest is able to generate similar revenue from each of its users as Twitter, it has a very good chance of being highly profitable due to its extremely low-cost base. For instance, Pinterest’s R&D expense is only about 30-50% those of Twitter and Snapchat.

Similarly, its G&A expense is 16-26% of those of its peers. Of course, these costs currently represent a large percentage of Pinterest’s revenue, but they are also largely fixed costs that can be leveraged into profitability if Pinterest can improve monetization of its user base.

If Pinterest is able to continue growing its user base, ramp up its monetization (especially overseas) and benefits from its lower cost base, it could eventually generate hundreds of millions in profit and justify its lofty valuation.

Not only that, it seems to compare somewhat favourably to its peers in terms of its market capitalization per user. For instance, Twitter is getting valued at roughly $78 per MAU, while Snapchat is valued at $81 per DAU. In comparison, Pinterest’s $12bn valuation suggests $45 per MAU.

However, it’s important to note there are a lot of “Ifs” here. In fact, this valuation suggests that Pinterest may already be getting credit for its ability to successfully execute on all of these goals. For one, Pinterest is known to be primarily used by women, which limits its addressable market and growth potential relative to other social platforms.

While it’s certainly possible for Pinterest to execute flawlessly after its IPO, investors should be wary of this high expectation that is underlying Pinterest’s high valuation.