Is Lee Kuan Yew’s prophecy inching closer to its occurrence?

The late Lee Kuan Yew was known for his hard speaking truths. The same statesman who claimed that the army would have to step in two to three years after the fall of the People’s Action Party (PAP) is the same man who acknowledged that the PAP will eventually fall. This is not a question of ‘if’ but a question of ‘when’.

For this to happen, two simple factors are required – the PAP itself has to decline in quality and the opposition has to assemble a team whose quality is equal to that of the PAP.

Dr Tan, former People’s Action Party MP and candidate in the Presidential Election 2011, who attended the meeting as an observer at the opposition parties meeting on Saturday, said: “If you want me to lead, then we must think of country first. If we go in, we must go in as a team.”

While it is too early to say for sure, Dr. Tan’s willingness to lead an opposition coalition itself is a first step in the right direction.

Some may argue that he is not even a cabinet minister and therefore cannot “pull a Mahathir” in Singapore. Yet Dr. Tan remains wildly popular in his own right; his 88% vote share in 2001 implies that he is popular even with the core opposition supporters who typically make up 25% of the electorate.

Moreover, he serves with his heart in the right place. It is thanks to Dr. Tan that some of our policies today have actually helped Singaporeans; free parking at HDB estates on Sundays was his idea to encourage family bonding while the use of CPF funds for education has helped to ease the burden of many middle-class Singaporeans.

Could this be the solution needed?

The 2015 General Elections took this one step further when the quality of candidates again rose. There were Cambridge-educated lawyers, local CEOs, Academics,just to name a few. Opposition rallies were packed to the brim with people at least willing to listen to what these candidates have to say.

The 70% win for PAP was never expected; it was later attributed to compassionate votes because of Lee’s passing and the fear of voting in, an opposition government. If one needs more evidence, just look at how PAP Ministers themselves went to canvass for votes outside the polling centre. 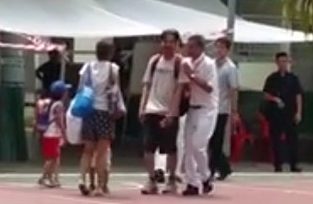 Yet, things have changed 3 years later. If we truly believe that the results of the 2015 General Elections were an anomaly because of Lee’s death, then 2019 would spell the decline of the PAP as the concealed anger and pent-up frustration exacerbates at the ballot box.

In fact, the PAP brand has become increasingly toxic since the 2015 general elections. Successive price increases, housing worries (as leasehold land will eventually depreciate to zero), forged MRT maintenance records, a compulsory CareShield Life policy, and a controversial Presidential election are all factors which will surely affect the PAP at the next General Election.

But as Lee himself noted, there needs to be the other factor, which is for the opposition to have an equal team.

To lend weight to this coalition is a wildly popular ex-PAP MP with more than 30 years of political experience. Perhaps he is not the only one, with numerous ex-PAP men making their grouses against the current incumbent known – Inderjit Singh, Ngiam Dow Tong and even Goh Chok Tong.

The effects are too early to be seen but Dr. Tan’s name itself is a force that should be reckoned with. Already, social media has given its nod of approval, possibly paving the way for more talented candidates who are frustrated with the incumbent to join this coalition.

Will the electorate vote for change in 2019? Only time will tell.