In life, there are more than a few things that we have no choice but to purchase. But, some of these items tend to have huge markups that make them very expensive relative to the cost to make them. Here, we explain how to recognize such products and what you can do to avoid overpaying for these things.

People go through their lives purchasing an uncountable variety of things, from little things like food to big purchases like an apartment. In most cases, people pay a lot of attention to different factors like price, quality and value of the items before making their purchase decisions. However, there are 3 kinds of products that will always be overpriced no matter what you do. But, consumers still have an ability to make certain choices to pay more reasonable prices for them without forgoing quality.

The most common form of “overpriced” goods tend to be items that consumers are highly emotional about. For example, people often associate cosmetics and fashion items with their personal worth because they directly impact how people look. This is the reason why big fashion brands like Gucci and Louis Vuitton can charge thousands of dollars for handbags that cost them only a couple hundred dollars to manufacture.

Gifts are also of similar nature, since people care deeply about being liked and want to gift others with things that will be perceived positively. Chief among these “emotional gifts” are probably engagement diamond rings. Men have high emotional stakes in asking a woman to marry them, and therefore invest a lot of money in getting the perfect rock that they believe will make the women happy.

By capitalizing on this tendency, big name brands often charge 2x higher price for their diamond rings than their smaller competitors. Another form of commonly seen overly expensive goods tend to be sold to captive audiences. For example, a person who purchased a Gilette razor handle has no choice but to continue purchasing Gilette’s razor blades. There are many products with a similar dynamic, such as printers and cartridges, and K-cup coffee machines and capsules. Simply because consumers don’t have alternatives once they are locked-in, brands can afford to price the “refillables” very highly without losing customers.

Not only that, consumers could be made a “captive audience” simply due to their circumstances. Perhaps the most well known example is movie theatres and their concession stands. Because customers aren’t allowed to bring in food and beverages onto the premise, theaters can markup their prices 4-6x for anyone who wants to eat or drink while enjoying their movies.

Other examples include university text books, which tend to be very expensive because students are required to purchase certain books that their professors designate. Hotel minibars also tend to be extremely expensive because travellers often don’t know where they could buy simple drinks or snacks (or are too tired to go look). 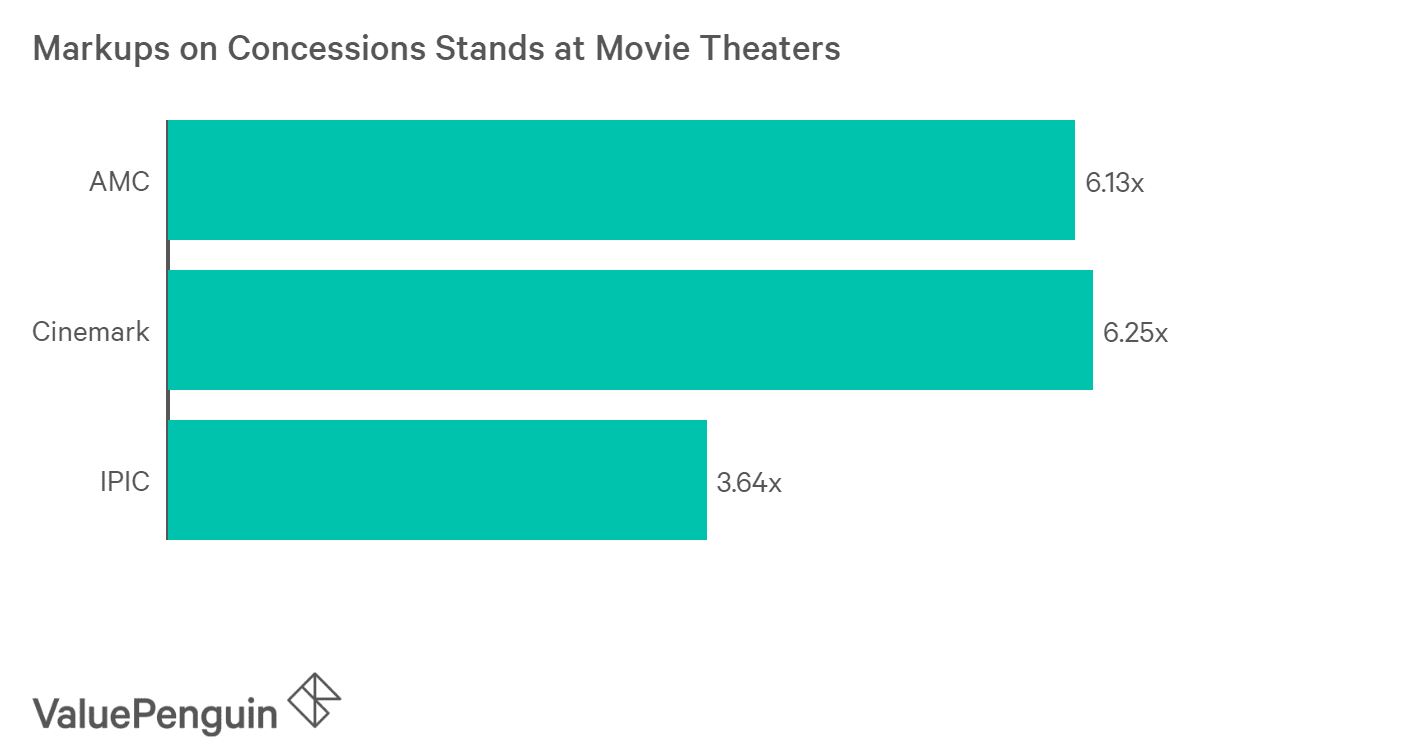 Last but not least, any products that are sold by monopolistic or consolidated industries with only a few competing companies can be very expensive. Even though there may seem to be a lot of brands, sometimes a few companies actually control multiple brands to create a facade of competitive pricing. For example, the global mattress industry is mostly controlled by 3 companies that produce and sell multiple brands, who make 50% margin on their products.

Diamonds actually qualify for both “monopolistic industry” and “emotional purchase”, which probably contribute to the fact that diamonds are some of the most expensive things in the world. However, the monopoly rule also applies to every day goods. For example, grocery chains tend to also be “local monopolies” because consumers often only have access 1 store per neighborhood. How to Avoid Overpaying for These Products

While it could be difficult to judge every product’s value and correctly discern whether it is over priced, you can generally assume that big brands that rely heavily on advertising tend to overcharge for their products relative to their cost of production. Therefore, to avoid overpaying for your purchases, it’s generally advisable to avoid big name brands that are advertised everywhere, be it on TV, on billboards or online.

But, there are also many other ways to avoid overpaying for these items. For example, you could make a one-time investment now to avoid getting “refills” later on, like getting an electronic shaver instead of a blade or a tablet instead of a printer.

Also, there has been a rising of trend of smaller “micro” fashion brands that provide good quality clothing and accessories for lower prices than big major brands. When it comes to things like text books, buying used versions from elder classmates could not only be economical, but also more helpful in your studies since they may already have notes and highlights.

Last but not least, it is always advisable to use rewards credit cards when making a purchase so you can earn either cash back or miles on your spending. While their 2-5% rewards might seem small, they can add to a significant amount over a year that could easily pay for a vacation or two (or even an extra designer handbag).

This was first published at Value Penguin’s website, “3 Types of Products That Are Always Overpriced & How to Avoid Them“.

Indian COVID-19 variant found in at least 17 countries: WHO