Is the annual pay gap between junior Ministers and junior civil servants as much as 67 times?

It states that “The last time civil servants got a one-off payment was in 2015, when each of them received $500 to mark Singapore’s 50th birthday. About 1,450 civil servants in Grades IV and V of the Operations Support Scheme will get the higher one-off payment of $500. These officers typically provide basic office administrative support functions.”

Isn’t this rather low?

With regard to “The other 60,000 or so employees in the public sector could receive the same payment, as statutory boards and other government agencies typically take their cue from the civil service” – how many in total are there of such low-salary civil servants in the entire public sector?

In respect of “The above mid-year payments signal the Government’s continued commitment to support our lower-wage civil servants,” said the PSD” – there has been a great deal of rhetoric and debate recently, about “inequality” in Singapore.

So, in this connection, is it fair for the gap between our Ministers’ pay to lower-income public servants, to be the highest in the world?

As we understand that a Division IV officer’s salary in 1973 was about $100 plus – does it mean that their salary only increased by about 12 times in the last 45 years? 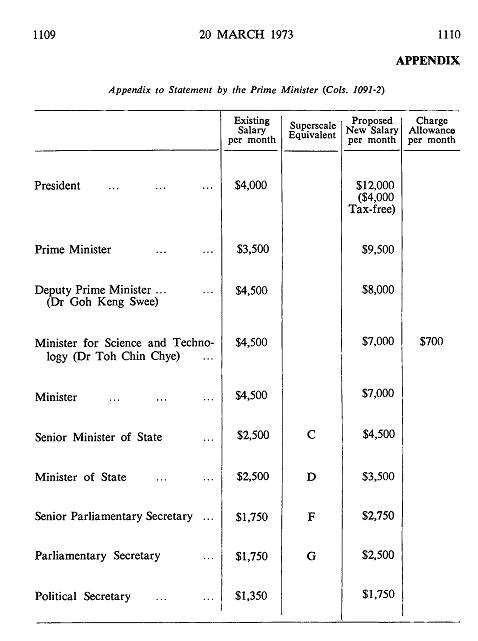 Dear readers – did you or do you know of any Singaporeans who were working in the 1970s – who had their pay increased by about 34 times?

Perhaps like in The Animal Farm – some animals may be (much) more equal than others!

*While the review committee submitted a proposal to increase the annual salaries in 2017, the government declared that the ministerial salaries and their guiding framework will remain unchanged and it will review the matter again after five years or when it becomes necessary.