Public Transport Council has confirmed on its Facebook page on Friday (15 December) that the latest fare guide had an error in the Tamil translation on its front page and offered its apologies.

The Online Citizen had earlier received messages from members of the public regarding the wrong lettering for the Tamil translation printed on the guide produced by LTA and PTC. 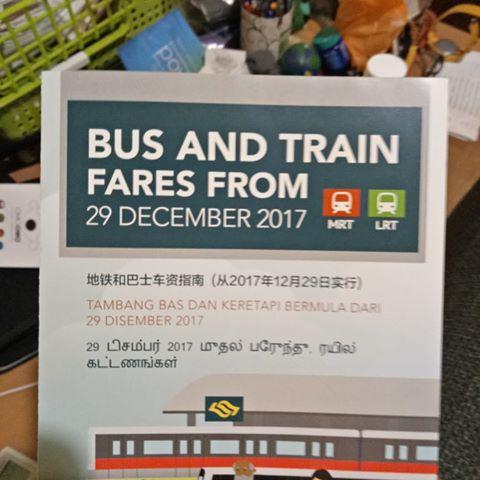 The letterings which were supposed to be translated to “Guide to bus and rail fares from 29 December 2017”, while not mistranslated, were of the wrong tamil scripts. A member of public who wrote to TOC guessed that it may be a printing error from the original text.

A letter was sent to PTC and Land Transport Authority (LTA) on Friday afternoon, seeking their clarification if an error is present in the text.

A mail from PTC confirms the error and it also posted a clarification on its Facebook page on Friday evening, stating, “Some members of the public spotted the errors in the Tamil translation for the latest fare announcement and we are thankful for their feedback.”

“Please bear with us as we work on the rectifications,” it added.