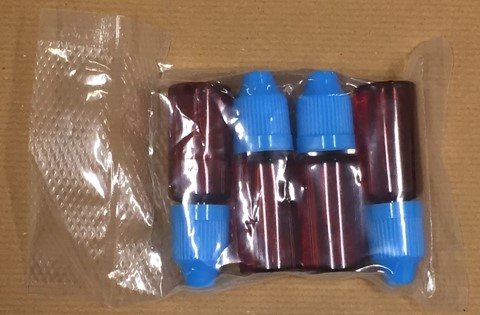 CNB reminds members of the public that cannabis is a Class A controlled drug listed in the Misuse of Drugs Act.  Unauthorised consumption, possession, trafficking, import or export of any Class A controlled drug is an offence.
“There have been claims made about the efficacy of cannabis as a medicine. However, such claims are inconclusive and unproven,” CNB said, adding that experts from Singapore’s Institute of Mental Health had conducted an independent literature review on cannabis, where more than 500 articles from reputable medical journals were studied.
CNB then stressed that their findings were clear, that cannabis is harmful and addictive, especially to young people; and that half of the daily users of cannabis develop a dependence on cannabis.  Cannabis can also cause irreversible damage to a person’s brain development.  Half of the daily users of cannabis develop a dependence on cannabis.
However, for alternative views on Cannabis. Note that Cannabis, also known as marijuana, originated in Central Asia but is grown worldwide today. The plant has been used for medicinal purposes for thousands of years. The potential benefits of medicinal Cannabis for people living with cancer include antiemetic effects, appetite stimulation, pain relief, and improved sleep.
Although cannabinoids are considered by some to be addictive drugs, their addictive potential is considerably lower than that of other prescribed agents or substances of abuse. (Source – National Cancer Institute (NCI) of United States)
While, in another operation conducted on 8 February 2017, CNB arrested three suspected drug traffickers, recovering about 1.6kg of heroin.
On 8 February 2017, CNB said that its officers were deployed in the vicinity of Jurong West Street 52 to conduct observation on a suspected local drug trafficker.
At about 7.20am, CNB stated that its officers raided the suspected drug trafficker’s residence and arrested the 47-year-old local male within. Another party of CNB officers arrested another two suspected drug traffickers, one 30-year-old and one 33-year-old, both Malaysian males, in a carpark in the same vicinity.
According to the Bureau, about 240g of heroin were found concealed in two separate shoes at a shoe rack outside the unit, and about 1,350g of heroin were recovered from within the storeroom of the unit.  Cash of S$97,500 was also recovered hidden inside the refrigerator in the unit’s kitchen.
“A search was conducted on the two Malaysians and cash of S$6,900 was recovered from the 30-year-old male Malaysian,” it noted.
CNB said that investigations into the drug activities of all arrested suspects are ongoing.
The Misuse of Drugs Act provides for the death penalty if the amount of diamorphine (or pure heroin) trafficked exceeds 15g. 15g of diamorphine is equivalent to 1,250 straws, which is sufficient to feed the addiction of about 180 abusers for a week.