The Land Transport Authority (LTA) has announced that the civil contract to build a new platform at Tanah Merah Station and viaducts for a contract sum of approximately S$325 million, has been awarded to Lum Chang Building Contractors Pte. Ltd.

LTA said that construction works for the additional platform are expected to start by the end of 2016 and targeted to complete in 2024.

The two middle tracks at Tanah Merah interchange station will be used for trains travelling both bounds between Tanah Merah and Changi Airport stations. 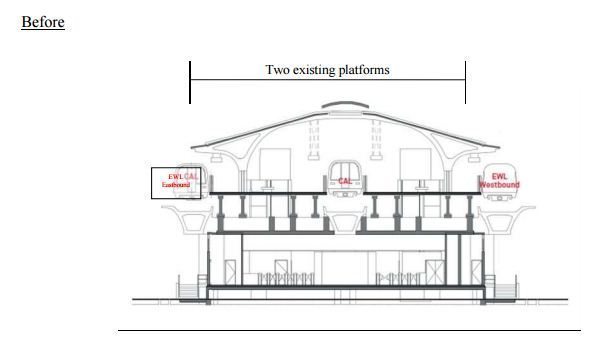 During the construction phase, LTA will work with the contractors to implement dust and noise control measures on site. Noise barriers and privacy screens will be installed along some stretches of the new viaduct to mitigate the impact on residents living close to the station.

LTA also said that it will work closely with all stakeholders to minimise any inconvenience caused.

Together with the construction of a new platform, existing East-West Line MRT tracks will also be extended to connect to the new four-in-one East Coast Integrated Depot at Changi. This four-in-one depot will house trains from the East-West, Downtown and Thomson-East Coast Lines, as well as buses.