Breaking & Entering: A review of the Twenty-Something Theatre Festival, Part 2

I spent last weekend at the Twenty-Something Theatre Festival (see my reviews here and here), and I figured I couldn’t stay away for their closing week.

Once again, I caught three productions in the “Fresh” category: new works selected out of a pool of 69 submissions; each under an hour long; each written, directed and staged by artistes below the age of 30.

Though the plays are wildly different, all of them seem to centre around the idea of a crisis at home. These are tales of foreigners intruding on familiar territory, or symbols of nationhood collapsing before our eyes.

Political plays aren’t rare in Singapore. But such productions tend to focus on at least on one of three things: LGBT rights, heritage conservation or bashing the autocracy of the PAP.

Curry Puff takes on a different issue: immigration. It doesn’t do this through a fictional parable, though: it’s a verbatim theatre documentary about the case of Robiah Lia Caniago, a 40 year-old Indonesian who was the focus of a media frenzy last year when she was found to be running a “curry puff syndicate”. 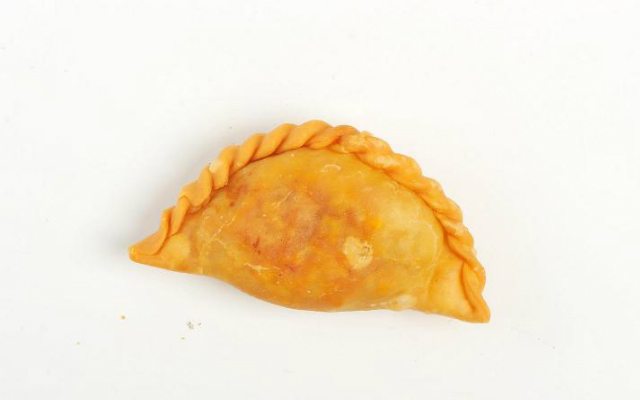 We therefore hear the story of Robiah (Adinda Savitri) in her own words, meeting her on her own terms. She’s a foreigner who fell through the cracks on the path to citizenship: she’s married to a Singaporean and raising his two children, but she has no PR status or work permit, so she can’t even get a job as a chambermaid. Since her husband’s in jail, earning money is imperative—which is why she started her curry puff business.

The NEA takes some blame for their mercilessness in shutting her down. But the real villains of the piece are ordinary Singaporeans, embodied by online media sites like Redwire Times and Singapore Beacon that rallied their readers against her in xenophobic disgust. The agenda of the piece is clear: it excoriates us for our lack of compassion for foreigners and the poor.

There’s a lot of heart to this play. In terms of art, however, it’s lacking. Ensemble members read out news reports like talking heads, and have an annoying directive of reading out their entire source URL after each monologue. Lead actress Adinda manages to portray Robiah with dignity, but she’s missing the no-nonsense, square-jawed strength of a middle-aged immigrant mother. The text itself is also rather plain: it’s Singlish, with very little Bahasa Indonesia, and it’s utterly focused on the issue of work—no nostalgia, little examination of cultural difference.

There are, however, some rather lovely moments. I was moved by the mime-shows revealing Robiah’s relationship with her husband and her fruitless attempts to apply for a job. The fact that actual curry puffs were offered to us in the theatre was a welcome interactive touch.

I also appreciate how the playwright appeared after the curtain call, appealing to us for job opportunities for Robiah, not money. It hammers home the point that this play isn’t about an abstract concept of immigration. It’s about a real person who’s enduring the real consequences of our nation’s selfishness. Art only goes so far—life demands that we take action.

This is the weirdest script of the lot, and I mean that in the best way possible. Our framing story is set in the year 2115, when Singapore’s celebrating SG150 and pneumatic tube riders are tuning in to the news broadcasts of Symphonic 933, revealing the bizarre dystopian future that awaits us.

But the really juicy bits are the musical interludes. These compositions by Rossini and Bach dissolve into insanely hilarious sketches featuring the likes of Phua Chua Kang, VR Man and Move-In Martin—all icons of mediocre national propaganda campaigns and TV shows. Note, for instance, the battle of transformations between VR Man and his nemesis Click-Click Man—they confront each other not as robotic beasts, but as the embodiments of patriotic concepts (Decadent Western Values against Asian Values! The Maria Hertogh Riots vs. Racial Harmony Day!). I truly hope playwright David Khoo continues to write comedy: these little numbers combine physical humour with intelligent satire, and are an absolute joy to watch. Even the framing futuristic story has some wonderfully witty, subversive touches: historians exploding a time-bomb in Orchard Plaza that rearranges Singapore’s timeline, a DJ declaring how his love for his wife is renewed every time the Population Renewal Project regenerates his body.

But it’s also clear that his talents have limits. The conflict of the framing story never truly asserts itself: CEPARS, the hyperconsciousness that governs the country, is experiencing a spiritual awakening, breaking down the DJs’ equipment, filling the screens with hysterical language and generating the uproarious shenanigans of the musical interludes. But this breakdown is inadequately explored and developed, and the whole play ends suddenly, without resolution. (Awkward endings are a common theme in his sketches, too.)

Audiences may be disappointed by the anticlimactic finish, but there’s no way they can leave the theatre without smiling. This is a show in which the ensemble cast (Nicholas Bloodworth, Chan Meiyi, Benson Pang, Hafidz Abdul Rahman, Darren Guo, Jasmine Blundell) engages in manic dancing, rap battles, drag and no end of smart-arsed social commentary. So what if it’s imperfect? There’s loads of energy and imagination, and the gags will make you chio kao peng.

Of all the plays I’ve seen at the festival, I’d have to say this one is the most polished and the most satisfying. It’s also the most traditional in structure: it’s a naturalistic drama about a tuition teacher named Joanne Lee (Yap Yikai) and her student Jonathan (John Tan), progressing scene by scene, week by week, January to March, as they meet for lessons in the same living room.

It does subvert expectations, though. The standard complaint about tuition in Singapore is that kids have too much of it. So I’d expected a drama about a pressurized, innocent kiddo overburdened by the expectations of his helicopter parents. I was wrong. Jonathan is an enfant terrible, an anak syaitan, a yau siew kia. The Sec 1 boy begins the play by wallowing in his power over Miss Lee, tormenting her by keeping her in the rain until the stroke of four, raiding her handbag, insulting her religion, calling her a bitch. He’s rich, privileged and fearsomely smart, excelling in his studies, boasting of his place in the Gifted Education Programme. But Miss Lee pushes back: she walks out on him, mocking his assumption that he buy his way through life, and wrests control over him through his father.

And then they bond. I’m not going to reveal too much more, because there is a major twist in the story (insufficiently foreshadowed, my friends say). But the development of their relationship is believable, moving, and never predictable. Playwright Euginia Tan has crafted an extremely solid tale, and Hazel Ho has realised it on stage almost flawlessly. Both are evidently talents to watch out for.

The acting is also on point. This is no surprise when it comes to Yap, whom we’ve seen in W!ld Rice’s Public Enemy and Hotel. But Tan (who also appeared in Public Enemy) is almost a child himself: aged 14, he portrays his character’s coldness, loneliness and anguish without histrionics, always holding back his emotions, yet at the same time utterly vulnerable. It’s common enough to cast a twenty-something as a teen, but the decision to have someone younger in the role makes the dynamic between tutor and student that much more immediate.

It’s a crying shame that Straits Times made a specific decision not to review these plays, because I seriously think Tuition might deserve a nomination for a Life! Theatre Award. But it’s fruitless to advertise it for now—all tickets are sold out till Sunday. Hopefully it’s restaged soon, before John Tan hits a growth spurt.

by The Online Citizen
48

Breaking & Entering: A review of the Twenty-Something Theatre Festival, Part 2