Equities – A June rate hike has probably been ruled out due to the disappointing May jobs report. This shouldn’t, however, stop the Fed from raising rates this year. Last night, Fed Chair Yellen expressed that she is fairly sure the economy will improve enough to warrant another interest-rate increase, without committing on an exact timing.

FX – The correction of the Dollar Index could be temporary, as the market will soon realise that a one-time miss of the non-farm payroll data is insufficient to block the path of rate normalisation. And this could be very much a stand-alone event, given that the other recently announced economic data look pretty decent.

The Dollar Index stayed composed near the 94.00 area. USD/JPY has rebounded to 107.35 this morning, with the immediate support and resistance levels at 105.60 and 108.00 respectively. EUR/USD was little changed at the 1.1357 area after a 200-pip rally on Friday. USD/SGD slid further to the 1.3560 area after testing a three-month high at 1.3820. The MACD has formed a negative crossover which shows slower momentum.

Commodities – The Bloomberg Commodity Index is now up by 21% from January’s low, indicating that the commodities market has technically entered into a bull market. 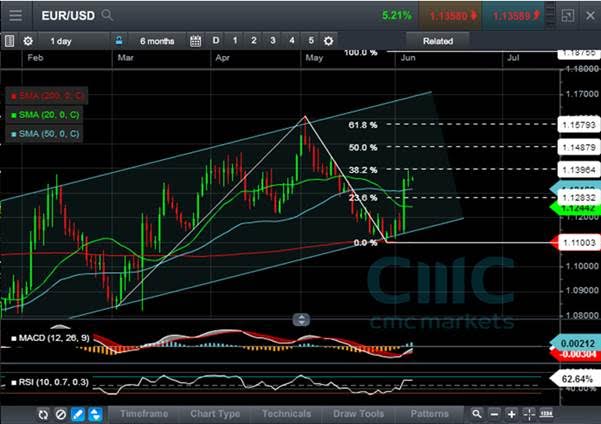