An analysis of Super Tuesday

By Sean Francis Han
This year’s Super Tuesday consisted of participating states, Alabama, Arkansas, Colorado (with caucuses), Georgia, Massachusetts, Minnesota (with caucuses), Oklahoma, Tennessee, Texas, Vermont, and Virginia. Three other Republican caucuses were held in Alaska, North Dakota, and Wyoming making Super Tuesday much more indicative of general electability on the Republican side. American Samoa also held a Democratic caucus on that day.
Republican candidates were fighting for about half of the 1,237 delegates needed for a single candidate to be selected as the party’s presidential candidate. Democrats nominees were after 880 delegates, roughly one-third of the 2383 needed for nomination. Texas saw the highest number of available delegates from both sides with 155 for Republicans and 252 for Democrats.
For the Democratic Party, 717 Super Delegates were up for grabs.
The Results
The Democratic primaries and caucuses concluded with Bernie Sanders winning four states: Colorado, Minnesota, Oklahoma, and his home state of Vermont; and Hillary Clinton winning 7: Alabama, Arkansas, Georgia, Massachusetts, Tennessee, Texas, and Virginia. Clinton received 486 delegates, while Sanders received 321. However, an overwhelming majority of Super Delegates went to Hilary, who took 572 out of 717. Sanders only managed to claim 110 Super Delegates.
The Republican primaries and caucuses concluded with Donald Trump taking seven states: Alabama, Arkansas, Georgia, Massachusetts, Tennessee, Vermont, and Virginia; Ted Cruz winning 3: Alaska, Oklahoma, and Texas; and Marco Rubio winning just one Minnesota. Retired neurosurgeon Ben Carson was also in the election, but after failing to win a single state dropped out of the presidential race commenting that he couldn’t “see a political path forward”.

What each candidate needs to do to win.
Clinton 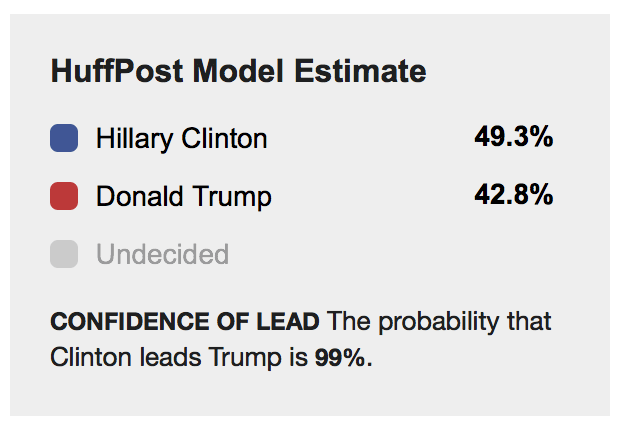 Hilary has a fairly comfortable lead, with Sanders trailing her in both delegates and Super Delegates. While her campaign seems strong at first glance, Hilary needs to address a host of problem areas in her campaign if she wants to secure a safe and convincing victory. Many Democrats and Republicans have attacked her for receiving money from major corporations to fund her campaign. Also, according to a CNN/ORC poll, Hilary has a lower favourability rating than Sanders. The same report also shows Hilary losing to all Republican nominees heads-up, except for Trump.
Bernie

While Bernie is behind by three states, he is theoretically only trailing Hilary by 34%. Bernie will have to capitalise on the 717 Super Delegates, who have jumped on the side of Hilary because she was initially the most likely Democratic nominee because they can pledge their vote to him if Sanders shows strength in the remaining primaries. Sanders also needs to work on garnering support from the minorities, who overwhelmingly gravitate towards Hilary. Hilary is currently beating Sanders in swing states and red states, so for Bernie to be able to bounce back, he will need to find support from voters in the middle ground and on the opposite side of the fence.
Trump
Trump’s lead is extremely solid, and he might have been considered the de facto Republican nominee had the possibility of a head-to-head fight with Ted Cruz not been achievable. Trump needs to continue his current populist strategy while finding room to garner the support of Rubio and Carson voters.
Cruz
Ted Cruz’s campaign is still alive, but it is fighting from way back. For Cruz to secure a victory, he’ll need to gain the support of the Republican party, which is currently in favour of Rubio as the Republican nominee. The Republican party controls Fox News and The National Review, which still have a fairly significant impact on Republican voters across the country. If Cruz can win the support of the Republican party, he will get a huge boost of support from the high-powered individuals behind the party.
Rubio
What Rubio needs at this point is nothing short of a miracle. Despite the fact that he has had extremely favourable endorsements from Fox News and the National Review, voters don’t seem to want a party endorsed politician any longer. Rubio may just have to ditch the party that has pushed him this far in order to win over voters who are buying into autonomous un-establishment politicians.

Projections
On the Democratic side, Super Tuesday was an extremely fortunate event for Hilary. Because of the number of swing and red states involved in Super Tuesday, Hilary (and her more moderate politics) was able to nab an early lead over Sanders.
However, Sanders will see more blue states in the upcoming primaries which he is statistically favoured to win. Sanders may also be able to capitalise on the Democratic and independent frenzy that would emerge if Trump earns a quick win over Cruz – Democrats and Independents may fear that Hilary will not be strong enough to take on Trump (since Sanders is projected to beat Trump by a larger margin).
Taking a note from past elections, if Sanders sees a coordinated ground up campaign like we saw in Obama’s 2008 campaign, Sanders might be able to get the boost he needs to assume a comfortable lead over Hilary.
On the Republican side, Trump’s dominance continues with his campaign making it a quarter of the way to victory on Super Tuesday alone. Ted Cruz trails Trump by a third, but because of the general monolithic nature of the red states, pundits are not hopeful about his campaign. After the results of Super Tuesday Cruz called for G.O.P unity in order to beat Trump. Cruz is hoping that Rubio drops of out the race in the hopes that Rubio voters will come aboard his campaign which, if ALL of Rubio’s voters/delegates were to switch camps in support of Cruz, would put his campaign right on par with Trump’s.
Unfortunately, Rubio seems to have no intention of dropping out of the race and neither does the Republican party, not the conservative media seem to have any intention of pressuring him to step out. After the results of Super Tuesday, Rubio stated that he would get through all 50 states in an effort to defeat Trump himself.

Wikipedia – In the United States, Super Tuesday, in general, refers informally to one or more Tuesdays early in a United States presidential primary season when the greatest number of U.S. states hold primary elections and caucuses. More delegates to the presidential nominating conventions can be won on Super Tuesday than on any other single day of the primary calendar. Since Super Tuesday primaries and caucuses are typically held in a large number of states from geographically and socially diverse regions of the country, it typically represents a presidential candidate’s first test of national electability. Thus, candidates seeking the presidency traditionally must do well on this day to help secure their party’s nomination. In fact, convincing wins in Super Tuesday primaries have usually propelled candidates to their party’s nomination. Super Tuesday is in either February or March of the presidential election year.