This is a developing story which will be updated as more information come in.
A whistle-blower has alleged that Ms Isabella Loh, Chairman of the Singapore Environment Council (SEC), a local charity organisation used her position to influence the charity in taking part in a research project which she gains financially without any declaration of conflict of interest.
This allegation was sent to the Commissioner of Charities on 16 February 2016 with The Online Citizen (TOC) copied in the email.
Ms Loh has held the position since 2008 with her husband, George Huang being the chairman of the Advisory Committee of the SEC.
As proof of her allegations, the whistle-blower attached a confidential document detailing a research project proposed by Dearman Engines. The content of the documents will not be disclosed due trade secrets, but more importantly, is shows the proposed working committee structure for the project. 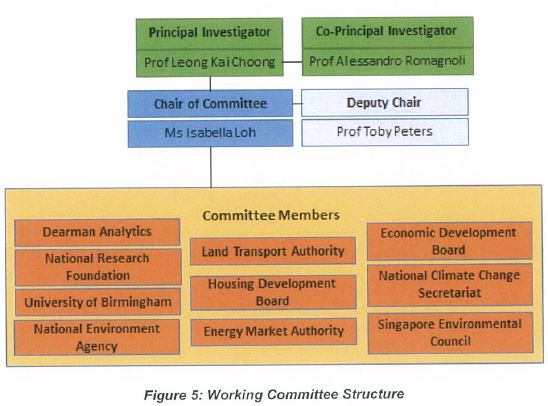 In the proposed committee, Ms Loh is named the Chairman of the research project with SEC labelled as one of the committee members along with other government ministries and universities.
Ms Loh’s introduction in the proposal writes, “With her extensive experience and contacts, she will be leading the whole study, ensuring that all deliverables are completed.”
The whistle-blower wrote, “She (Ms Loh) has informed staff of Singapore Environment Council that she wants to have SEC involved in this research project.” and said that the staff in SEC are afraid to act upon the issue or to report the matter.
How much does Ms Loh get from her position of chairman?


The stipulated budget found at the end of the proposal document states that the chairman fees for the working committee is $60,000. It is, however, uncertain how much of the $60,000, would the chairman of this research project receive for her work rendered.
The whistle-blower asked in her mail to the Commissioner of Charity, “How can a chairman of a charity use a charity in which she gains financially?”
The charity receives funding from various sources, grants, sponsorships and programme; a large part of its funding comes from National Environment Agency’s 3P Partnership Fund and its joint partnership with Public Utilities Board’s water programme. In 2014, the total funding it received is near to 2.9 million dollars.
According to a trusted source, the SEC constitution (not publicly accessible online) states that the chairman and members of the SEC board cannot be paid any fees in return for their services.
Apart from having a conflict of interest in her two appointments, she is also publicly known as an advisor and an investor of Dearman Engines, the company that is in charge of developing the research project.
TOC has sent a clarification email to Ms Loh on 18 February but no reply was given yet. According to a reliable source, Ms Loh was upset over the email and “jumping” over the enquiry in office.
On 20 February, the Charity Commission replied the whistleblower, “Thank you for your email feedback regarding the Singapore Environment Council’s Chairman, Ms Isabella Loh.  We have noted the contents of your email and are currently looking into the matter.” However, the Charity Commission choose not to reply to TOC’s enquiry sent on the 18 February.
TOC has not received any reply MP of Bukit Panjang SMC and Mayor of North-West District, Teo Ho Pin about the allegations. Mr Teo is also the vice-chairman of SEC.
We will update accordingly on this post when they reply.
For just US$7.50 a month, sign up as a subscriber on The Online Citizen Asia (and enjoy ads-free experience on our site) to support our mission to transform TOC into an alternative mainstream press.