No protests for Malaysian PM to resign since 1998, says Home Minister

by The Online Citizen
in Current Affairs
2 min read
5 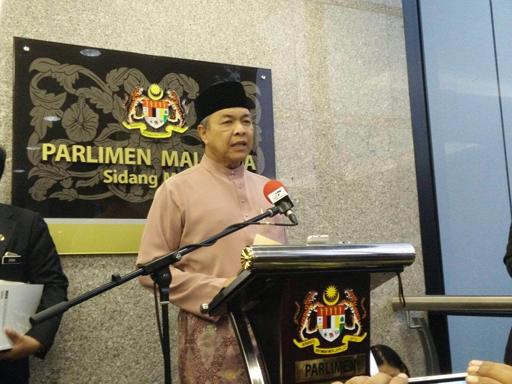 Home Minister Datuk Seri Dr Ahmad Zahid Hamidi has said that there have been no mass protests specifically demanding the resignation of Malaysia’s Prime Minister since 1998.

“According to police records, there have been no demonstrations in the country since 1998 which has specifically demanded that the country’s Prime Minister step down,” Ahmad Zahid said in a written parliamentary reply to Bachok MP Ahmad Marzuk Shaary.

Mr Ahmad Marzuk Shaary from Pan-Malaysian Islamic Party (PAS) had asked the home minister to state the number of demonstrations since 1998 specifically aimed at demanding the prime minister’s resignation, as well as the number of participants and police personnel involved.

The Home Minister also seem to have disregarded the fact that thousands of Malaysians had gathered in Kuala Lumpar in August this year to demand the resignation of Datuk Seri Najib Razak.

Electoral watchdog Bersih 2.0 organised a 34-hour rally dubbed “Bersih 4” in the city from August 29 to 30 to demand institutional reforms as well as Najib’s resignation over a number of controversies.