Equality among adults begins with kids 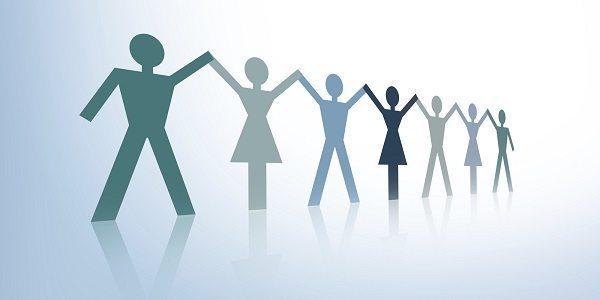 By Teo You Yenn

In past decades, we have seen more gender equality in education. Gender gaps in terms of mean years of schooling and as highest levels of education attainment have narrowed. In younger cohorts, we see no significant difference in overall education outcomes.

Yet, in the university classroom, I still see some stereotypical differences in how women and men participate. Beyond the classroom, gendered differences persist in the “choices” young women and men feel they should make about study, careers and family. Young men continue to feel great pressure to pursue breadwinning as their main role and caring for children as secondary; young women still recognize that they have primary responsibilities in the home, even as they are also increasingly expected to do wage work.

How can this be? How can we see increasing educational equality and persistent inequalities between men and women in educational, familial and work environments? My past research has focused on how structural conditions—differences in the support workers who are mothers or fathers receive, for example—influence the choices people can and cannot make.

During the course on the Sociology of Gender that I teach, students have alerted me to how their childhood experiences shaped how they think, speak, move and engage with the world.  In particular, they have been taught that girls and boys are different, and have different standards for appropriate behaviour. Boys are supposed to be stronger than girls; boys are expected to be somewhat rough while girls are expected to be gentle and docile.

As outmoded as these lessons in gender stereotypes may seem, when I asked students to write reflection notes about their school experiences, three key themes emerged.

First, gender was pervasively used to organise students, with lasting unintended effects on their self-image.

Students recalled being either divided up or paired together on the basis of gender. They were sometimes teamed up with kids of the same gender and other times with kids of different gender. In both cases, gender was the basis of organization: if pairs were to be boy-girl, then all pairs in the class would be boy-girl; if girls and boys in the class are to be separated, then all girls would form teams with girls and all boys with other boys. Teachers sometimes made clear that gender was the principle for division; for example, a girl might be paired up with another girl and be told that if they make too much noise that they would be “punished” by being paired to a boy.

Beyond forming lines and teams, students recalled segregation around activities. Particularly at older ages—secondary school and junior college—they recalled being divided up for Physical Education. Beyond segregation, there was differentiation: girls and boys played entirely different games. In the process, certain sports became marked as “girls’ sports” (e.g. netball) and others as “boys’ sports” (e.g. soccer).

Teachers sometimes openly signaled that they expected different things from kids depending on their gender. Boys were more frequently asked to help with tasks like moving tables. Girls received more attention from teachers in Design and Technology classes while boys were more often ignored when they asked for help.

As a teacher, I empathise with the need to sort students into groups to facilitate activities. Gender is convenient, and most teachers probably do not intend for girls and boys to feel that they have radically different capabilities as a result. Nonetheless, that students remember these seemingly trivial details so vividly years later suggest that, intended or not, students did pick up on the message that girls and boys have different capabilities. Girls were far more likely to be given the impression that teachers expected less from them in terms of physical strength; boys were more likely to be given the impression that they had to be technically competent in order to be “real” boys. One student wrote about how, as someone transitioning from an all-girls to a co-ed school, she was initially surprised that tasks like moving tables were now someone else’s role rather than all students’ responsibility; over time, she too took for granted that she was less capable at helping than the boys.

A second theme that emerged in my students’ writings, particularly by the women, reflects their strong memories of bodily discipline.

In every school in Singapore, students wear school uniforms that are already gender-specific. Boys wear shirts and pants while girls wear blouses and either pinafores or skirts. This difference sets up different items of clothing to police. Importantly, there appears to be more policing of skirts than pants. Teachers and girls battle over the length of their skirts. Teachers are daily vigilant, while girls find creative ways to lengthen and shorten their skirts to pass inspection at one time and to satisfy their own preferences at another. Students point out that boys in fact also modified their clothes—tapering their pants, for instance, for a “skinnier” look. Nonetheless, no one recalled pants being contentious in the way skirts were.

As students got older, they were also policed on their bras. Teachers, including men, made remarks about bra straps and the colour of bras under girls’ blouses, creating intense feelings of shame.

Beyond clothing, the disciplining of the body also focused attention on comportment “appropriate” to one’s gender category. Boys received the message that they should be physically strong. Women students recalled being told to smile more, to be gentle; they heard teachers praise students for being “sweet” or “pretty.”

Girls were constantly reminded to sit with their legs closed; girls from all-girls’ schools reported slightly more freedom, but only insofar as there were no boys around.  This taught them that gendered performances were about “protecting” themselves from boys. Boys may not have received such disciplining in their postures, but they are an important part of this equation: in this schema, they are cast as potential aggressors.

Finally, the violation of gender norms came with negative consequences.

Shame was the major tool. Teachers used it in ways that elicited self-policing and mutual disciplining. A student recalled being told by a teacher that girls should not get too sweaty and smelly because boys would not like them; another remembered being told that girls should not be too noisy. Several students recalled heterosexual teasing—in which befriending people across gender lines invited taunts about them being somehow romantically involved. These came both from teachers and other kids, and caused them to back away from cross-gender friendships.

We know from sociological research that boys are less constrained in ways that may be harmful insofar as they do not receive adequate instruction on the need for respect for others’ space and agency; adults’ lower expectations of their behaviors, often through the “boys will be boys” lens, can also lead to lower levels of academic performance and self-control. On the other hand, we also know that adolescent girls and young women suffer disproportionately from issues of low self-esteem and negative body image.

In contemporary Singapore, many now speak of the importance of gender equality. Some claims can be made about the strides we have made as a society. Yet, significant differences persist in the roles men and women play at home; inequalities persist in the realm of work in terms of positions, trajectories, and salaries; and stark unevenness persists in the realm of public service and formal leadership. These differences are often attributed to varying “tastes” and “choices.” It may certainly be true that women and men are drawn to different practices. But “tastes” and “choices” are social phenomenon—they are cultivated and constrained by social forces; they are articulated in the face of differential social options and conditions.

My students’ reflections reveal the depth of gender differentiation in schools. They signal that much is happening with kids, to kids, in these important institutions, that shapes them to think of themselves as having limited options: “I can’t do this because I’m a girl; I can’t be that because I’m a boy.”

To address gender equality in the “adult” world, we must rethink the environment we provide to children. Schools and teachers have crucial roles to play in disrupting, rather than perpetuating, the gender stereotypes that harm and limit our kids. Our youth have rich potential for capacities in a multitude of areas. If we want a better world for our kids, as we imply we do when we open up educational opportunities to all, we have to make more conscious effort to transcend the limitations of our own experiences. We must do our best to nurture all their talents, not just those that fit adults’ narrow imaginings of appropriate gender roles.

Teo You Yenn is a board member at the Association of Women for Action and Research (AWARE), Associate Professor in Sociology at the Nanyang Technological University, and author of the book Neoliberal Morality in Singapore: How family policies make state and society (Routledge, 2011).

PrevPreviousHow far can pigs fly?
NextConsecutive breakdowns on Wednesday mar efforts to regain trust in public transportationNext
We have a small favour to ask from our supportive readers. TOC is Singapore’s longest surviving alternative media website and we are attracting new readers everyday. TOC’s independent, investigative journalism takes substantial time, money and hard work to produce. Not to mention the same amount of resources to defend ourselves from the persecution. But we soldier on because we believe in the value of our work and your right to information. TOC is editorially independent. We set out own agenda, free from commercial bias, undue influence from billionaire owners, millionaire politicians or shareholders. If everyone who reads our reporting, who likes it, helps to support it, our future would be much more secure. For as little as USD1 a month or subscribing to us, you can support our work and consequently preserve the sanctity of press freedom. We appreciate your valued help and it means more to us than you can ever imagine!