by theonlinecitizen
in Commentaries
5 min read
33 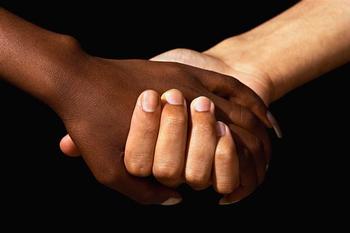 Preface: This is an actual conversation that took place between one of my secondary school students and me. I write full-time and offer private tutoring on the side to primary and secondary school kids (mostly secondary school), and one of the reasons I prefer teaching teenagers is that, for all their flaws and annoying idiosyncrasies, it’s not difficult to engage most of them in intelligent debate.

Half the time, teenagers appear “stupid” simply because they have not been taught to look at things from a different perspective or to question what they know, and despite my generally limited patience and low level of tolerance, I rather enjoy teaching them things outside of their English and Humanities textbooks.

Student: “Two of my friends are sexting each other.”

Me: “Well, tell them you don’t want to know about it. Then switch off your phone and pay attention to this last bit.”

Me: “Because one of them is Indian and the other is Chinese?”

Me: “Explain to me how that’s gross. Why is it gross or weird for two people of different races to have a romantic or sexual relationship?”

Student (realizing he should have shut his mouth): “Uh…no lah, it’s gross because they are my good friends, so it’s weird.”

Me: “No, I know that. I believe you. I’m referring to the part where you said it was weird and gross for an Indian and a Chinese person to be together.”

Me: “There are so many races in Singapore. Please tell me you’ve seen an interracial couple before.”

Me: “Well, that’s just too bad. And you not being used to interracial relationships is no reason to be ignorant or prejudiced.”

Me: “Okay, then please justify why you think sexual or romantic involvement between two people of different races is gross.”

Me: “See, ‘it’s just my opinion’ is not a valid excuse. This is not the same as, say, hating the taste of durian. You don’t have to justify that; it’s personal taste. But when you say it is ‘gross’ for two people of different races to be involved with each other, you must be prepared to explain yourself. Humans are living beings with the right to be with whomever they please, so when you use something they cannot help, such as their skin colour, as a reason for an interracial relationship being ‘gross’, you’d best be able to justify it.”

Me: “In that case, you have no good reason to think this way. Let me tell you what you, a Chinese person, are implying when you say it is ‘gross’ for an Indian and a Chinese person to have a sexual or romantic relationship. You are implying that your skin colour makes you superior to Indians, and that Chinese girls are too good for Indian boys. All because of a genetic feature none of us get to choose. And that, my dear, makes you a racist.”

Student: “But I’m not racist! I have many non-Chinese friends! This Indian guy is my good friend!”

Me: “Oh, the old ‘I have many friends of other races’ trope. Let me tell you something else — this is the same lousy excuse white people in the US, for instance, use to pardon their own reliance on stereotypes, as well as their general prejudice and ignorance, when it comes to minority races. Now, I’m not saying all white people are racist, or that every single bad thing that happens to someone of a minority race or ethnicity is the fault of white people. But this happens very often. Sure, you say you’re close to this Indian fellow. But when he gets involved with a Chinese girl, all of a sudden you’re disgusted?”

At this point, he looked regretful, lost, and frustrated all at once. He tried a last-ditch attempt at worming his way out of what had clearly become a terribly uncomfortable situation for him.

Student: “Aiyah…of course, I won’t say it in front of other people.”

Me: “You just said it in front of me. Or did you think I would sympathize and agree with you because I’m Chinese, too? Also, that’s hardly the point. It’s not just about what you say or don’t say in front of others; it’s about your mentality. And you know, you don’t have to listen to or agree with me. But I tell you all this so you might look at things from a different perspective.”

Student: “Aiyah, accident lah, ‘cher. I talking to myself only.”

Me: “Come on. The only ‘accident’ here is that you let it slip in front of me. No one forms racist thoughts by accident. Just remember: you are entitled to your opinion, but before you express it, before you even form it — educate yourself. Think before you speak.”

The conversation ended soon after, but he did reveal that his parents would not approve of him dating a non-Chinese girl. As is usually the case when kids or teenagers make racist remarks or display racist behaviour, they would have learnt it from their parents. And if, apart from helping students improve their grades and academic knowledge, teachers can get them to question what they have been taught (whether by parents, teachers or other sources), they would have done a pretty fine job.

In the same way, I personally prefer teaching students to find the answers themselves, as opposed to simply telling them the answers. In fact, as much as I encourage my students never to hesitate to ask questions, I probably ask them more questions than they do me, for the simple fact that it makes them think.

As for this particular student, well…two days later, we somehow started on the topic of pets, and he asked about my cats. I told him their fosterer wouldn’t allow them to be adopted separately, and I was the only one willing to take them both; thanks to Betty’s (the mother cat) mostly black fur and perceived “ugliness”, no one else wanted her.

And then, this happened.

Me: “Black and mostly black cats — and even dogs — are often the last to get adopted, either because of superstition or some other silly reason.”

Yes, I prefer teaching teenagers also because it’s quite easy to make them squirm. What a priceless moment.”