The time is almost here – in a few weeks, Singapore will be 50-years old. A momentous occasion, of course, and we would not miss it for the world.

So, we here at The Online Citizen (TOC) which, incidentally, is a mere 9-years old, have joined hands with several other civil society organisations and friends to hold a carnival of sorts this Saturday, 1 August 2015, to celebrate the nation’s birthday.

On the same day, the National Day event itself will be having its full dress rehearsal downtown, not too far away from ours at Hong Lim Park.

Hosted by our own Ben Matchap and Sean Francis Han

Catch performances by bands and poets. There will also be booths set up by the various organisations, and fun and games for the kids too. There will be the much-loved bouncy castle, cotton candy floss, balloons, face-painting and more for the little ones.

And of course, there will be sing-a-longs of national day songs.

In short, it is a day for the family.

One of the bands performing will be Mantravine, a World Chillout band whose purpose is making music from the heartbeat of the universe – sounds entirely appropriate for the occasion.

Another band would be Knightingale,

The culmination of the event will be the singing of the National Anthem at about 7pm, where we believe a fly-pass of the flag will also take place from the full dress rehearsal downtown.

For families coming for the event, expect to entertain your kids with bouncy castle and free candy floss. Balloons will also be given out. (while stock last) 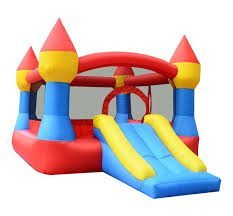 So, bring a picnic and join us for an early celebration of how far Singapore has come.

We hope to see you there!

Temasek: We have lower returns cause we don’t want to see an unliveable planet