Function 8: Manner in which Amos Yee is treated, regrettable and deplorable 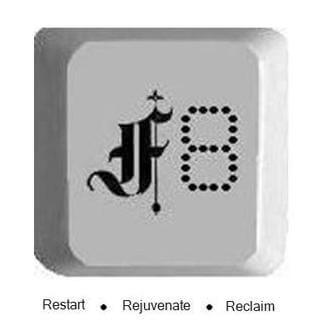 Function 8 regrets and deplores the manner in which Amos Yee, aged 16, is being treated by our judicial system.

Amos Yee was arrested on 29 March 2015 and interrogated for two days before being charged in court for insulting Christianity, publishing an obscene sketch and hurting the feelings of a family. The last charge was withdrawn after his conviction on 8 May. Though convicted, Amos Yee has not been sentenced. His days in remand for the purpose of reformative training and mandatory treatment reports have, to date, exceeded any prison sentence that would have been imposed on an adult who is found guilty of such crimes. By 6 July, when Amos Yee completes his two weeks of remand in the Institute of Mental Health (IMH), he will have served 53 days (including 2 days under interrogation) in remand.

We view with alarm and dismay the manner in which our judiciary deals with the issue of bail, raising bail bond from $10,000 to $20,000 and $30,000 and then reverting to $10,000 without any justifiable reason. The imposition of onerous conditions such that he has to remove his published video and sketch and is prohibited from posting materials on the Internet before trial amounts to a forced admission of guilt. Such conditions have nothing to do with the likelihood of Amos Yee absconding bail which is the sole reason for bail pending trial.

We are also deeply disappointed that our judicial system does not take into consideration Amos Yee’s age and the nature of the offence when considering sentence. If imprisonment is not a suitable sentence, then being in remand in prison and the IMH for 53 days is punishment worse than serving a prison sentence.

Finally and most importantly, we view with deep concern the fast deteriorating physical and mental health of Amos Yee throughout the period of remand. We are informed that in Changi Prison, he suffered from insomnia, harboured thoughts of suicide and lost his interest in books and conversations with his cell mates. In the IMH, he is confined to a small and dirty cell with noisy inmates in the neighbouring cells. The conditions are worse than those in the Changi Prison. He has now lost his appetite for food and continues to suffer from depression.

Amos Yee has not committed any violent crime. He is just a precocious teenager exercising his constitutional right to freedom of speech and expression. Fifty-three days in remand is unacceptable pre-sentence punishment. The rightful and legitimate place for this 16-year-old boy is to be at home with his parents, relatives and friends, and not the IMH. We call for the immediate release of Amos Yee.

Function 8 is an initiative by a group of citizens who believe that there is a need to facilitate the sharing of social, political and economic experiences of those who had, or are eager to contribute to society through reflection and civic discussion.