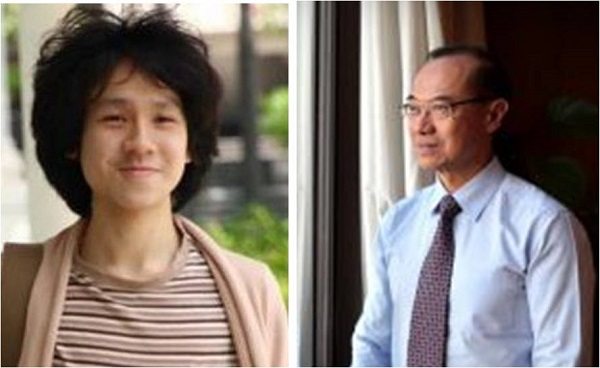 In what seems to be a word of caution against going to extremes, former Cabinet minister, George Yeo, says that the public should not “overreact” to blogger Amos Yee’s behaviour and actions.

“He’s obviously very bright, it would be such a sad thing if his life were to be destroyed by some of the things he’s done or said,” Mr Yeo said.

“There should be a reaction but it should not be an overreaction,” he added.

Mr Yeo, who is the first Cabinet minister to lose a group representative constituency (GRC), was speaking in an interview with the press on his new book, “George Yeo on Bonsai, Banyan and the Tao”.

16-year old Amos Yee has been in the spotlight in recent months because of a Youtube video he made about the death of Singapore’s former prime minister, Lee Kuan Yew.

The authorities initially arrested and charged him with three counts, namely for “wounding the religious feelings of Christians”, for obscenity over a caricature of Mr Lee and the former late British prime minister Margaret Thatcher engaged in a sexual act, and for causing “distress” to, and thus having “harassed”, those who had viewed the video.

This last charge was withdrawn by the public prosecutor subsequently.

Amos Yee has since been found guilty of the two charges which the prosecution proceeded on.

He is now in remand pending a report of eligibility for rehabilitation.

The 16-year old, who spends most of his time online and who has decided not to attend school, has been widely castigated and criticised, with all sorts of threats made against him, including from grassroots leaders, called various derogatory names, with some even encouraging and supporting his rape in prison.

His blog posts have been met with abusive comments in response, and a 49-year old man had assaulted him when Amos Yee was making his way to the court on 30 April.

The young teen has been handcuffed when he was arrested, and then handcuffed and shackled during several court hearings, has had his passport impounded, and bail set for his release.

Some have raised concerns about how Amos Yee is being treated, arguing that his offence is not so severe as to warrant this.

In the latest court decision on the case, District Judge Jasvendar Kaur ordered Amos Yee to be further remanded for 21 days, which would bring the total time the teenager had spent in jail to 39.

The judge has also rejected Amos Yee’s lawyers’ submission for the court to impose a jail sentence.

Mr Yeo’s cautionary words are thus welcome, as some sort of a red flag against a lynch mob ganging up against a young boy.

“Is it possible to somehow manage it in such a way that he will grow up to be an adult who will make a big contribution to society rather than be a problem to society?” Mr Yeo asked.

He added that our actions, which at times requires us to be tough, “should always be motivated by a sense of wanting to do good and to save lives.”