The Amos chaos and free speech in Singapore 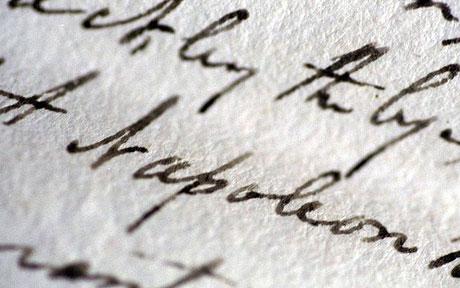 Free speech and the austerity of censorship in Singapore have long hovered amidst headlines and public discussion, but to defend Amos Yee as crusader of free speech against the assertive control of the media is a woeful mistake. The young blogger has blown the lid off the tightly fastened case of censorship in Singapore – which may prove ultimately constructive, as public debate on the freedom of expression, tolerance, social media, and state censorship will continue to cultivate and expand the spheres of perceptivity, open-mindedness, and creativity in Singapore.

But as for now, the world’s gaze is upon Amos Yee and the final ruling of his sentence. The cries of “Je suis Charlie, nous sommes Charlie!” continue to reverberate across the media, and the zealous fight for free speech has been most recently plastered to the Amos case – the gross misinterpretation of which has spawned disturbing support of Yee’s slurring as bold declaration for the freedom of expression and basic human rights in a society that has gained notoriety in the past for silencing, censoring, and suppressing.

Artists, writers, and journalists have scribbled, sketched, typed, and talked in the endeavour to exercise every freedom to articulate ideas and stories without strangulation. The volatile boundaries of free speech continue to wobble within the delicate terrain of national security, individual safety, cultural sensitivity, and public morality – the social parameters that vary wildly between countries. The lines are indefinite, and the many sympathisers of Amos Yee have fallen victim to the intoxicating cocktail of ambiguity and controversy that have shrouded the ideals of free speech: supporters of Yee as symbol of free speech activism are not supporting the right to speak freely, but the consent to speak despicably.

The many criticisms of Singapore’s arrest of Yee are weak: Nathan Heller of The New Yorker wrote that “Yee’s arrest doesn’t just underscore his complaints about Singapore’s backwardness on rights and freedom. It shows the country’s dire need for cultural education through intelligent dissent.” Singapore might benefit from a good spoonful of intellectual contention, but to associate Yee’s slurs with intelligent dissent is beyond farcical.

Human Rights Watch deputy director for Asia, Phil Robertson, said that “Singapore’s actions to criminalize Yee’s statements run contrary to international human rights standards and are a dangerous affront to freedom of expression.” If imagery of Lee Kuan Yew fornicating Margaret Thatcher is to be defended as freedom of expression, then everything is to be permitted and protected within the clause of free speech – from religious extremism to aggressive racism, unchecked and unrestricted freedom of speech is dangerous territory. The line must be drawn.

The underlying issue, then, is where to draw the line in Singapore.

The fundamental principle of free speech must be to unite us: the freedom of expression should transcend geographical borders, culture, social class, race, language, and religion. Once free speech is used to threaten or discriminate, it ceases to be a freedom and becomes a tool of imprisonment.

So, for as long as free speech suffers this twisted association with Amos Yee, Singapore must give the lippy lad a second chance. If he is whipped and slung behind bars, Singapore will come under the fire of global criticism and cement itself within the iron curtain we’ve been fighting to bring down. The case will continue to be misunderstood. For any good to come from this debacle, we must educate the boy and give him a little love. Meanwhile, the clause for free speech in Singapore must be clearly defined. Amos is unrepentant, but many hot-headed adolescents are. Let him travel. Let him discover shaving, whisky, and condoms.