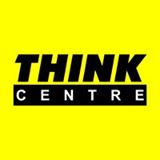 By Soe Min Than

50 years of single-minded focus on economic development has made it almost impossible for a large segment of workers to find decent work and provide for their families. Most Singaporeans work amongst the longest hours in the world. Wages remain depressed and stagnant for many while companies continue to increase their profits. Struggling families in Singapore are made to depend on government subsidies and rebates, for their basic needs.

With the median gross monthly income of a full-time employed Singapore resident in 2014 standing at S$3,770, a minimum wage should be set at S$1,500 to fully complement any assistance schemes by the government.

A Gallup poll in 2012 revealed that Singaporeans are some of the unhappiest in the world despite the country’s sustained posting of one of the highest GDP globally. The lack of decent income and job security, along with inadequate social support could be contributing factors to the unhappiness of citizens. Many workers and their families continue to face tough challenges that prevent them from enjoying dignified working and living conditions that everyone deserves.

The Government needs to implement a minimum wage system to stop businesses from providing merely “survival wages” which are insufficient for decent and dignified living for workers and their families. Many companies exploit the workers to their full advantage while depressing the wages of the workers unfairly.

We call on the government to lead in removing outdated labour laws that prevent freedom of association, the freedom of expression and the freedom of speech, in order to promote and provide better protection for all workers. We believe that these steps will lead to more equitable and just employment practices.

Many workers have little bargaining power and hence little capacity to deal with unreasonable employers. They have been suppressed by irresponsible employers in terms of depressed wages, unreasonable hours of work, discrimination, and unfair dismissals. To protect the workers adequately, we urge the government to harmonize the Labour Laws with International Labour Standards as reflected in the ILO Declaration which spells out the fundamental principles and rights at work.

The above are partial extracts from a Labour Day message published earlier by Think Centre. The paper proposed the following as changes needed to enhance Singapore’s workforce:

The full message by Think Centre is appended below.