The FreeMyInternet group (FMI) has issued a media statement in response to the Media Development Authority’s MDA’s orders for The Real Singapore (TRS) to cease its operations yesterday on 3 May.

FMI states that the “disproportionate power vested in a statutory board” gave MDA too much discretion in censoring online content, and that the basis for censoring TRS remains unclear.

The group also indicated that MDA’s action “runs the risk of sub-judice” as TRS is currently facing a court case for articles that MDA alluded to, and that “as a statutory board, MDA should have known better than to take actions that can potentially pre-judge the court case.”

The full statement is appended below in full. 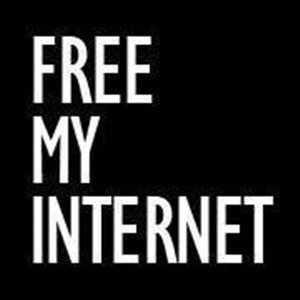 The FreeMyInternet group expresses our complete and utter disappointment at the Media Development Authority’s (MDA) action in censoring The Real Singapore (TRS), call for this arbitrary and unsubstantiated action to be revoked immediately, and for MDA to come clean on its processes and standards as a regulatory body.

While not all of us might necessarily agree with TRS’s editorial direction or content, what TRS is alleged to have done is no reason for MDA to force a shutdown on the site. MDA’s actions exhibited two key problems: Disproportionate power vested in a statutory board, and unclear guidelines on actions to be taken against objectionable content.

The unfettered power given to MDA is disproportionate in that it gives a statutory board the the sole discretion to close down a website without due process, judiciary or otherwise. This is inconsistent with Singapore’s position as a state that is ruled by law, transparency and accountability.

Furthermore, MDA claimed TRS has “published prohibited material as defined by the Code to be objectionable on the grounds of public interest, public order and national harmony” and “responsible for several articles that sought to incite anti-foreigner sentiments in Singapore”. In relation to the current court case against TRS, this runs the risk of sub-judice. As a statutory board, MDA should have known better than to take actions that can potentially pre-judge the court case.

MDA has also clearly exhibited inconsistency in how it approaches “objectionable content”, be it online or in traditional media. MDA has claimed that “TRS has deliberately fabricated articles and falsely attributed them to innocent parties. TRS has also inserted falsehoods in articles that were either plagiarised from local news sources or sent in by contributors so as to make the articles more inflammatory.”

Objectionable, fabricated and plagiarised content is a regular practice in both mainstream and online media, and most certainly undesirable. But what gives MDA the right to stop the operation of a website on this basis? Websites managed by traditional news outlets have also been known to have fabricated content. Does MDA intend to take action against any website that plagiarises or fabricates content? What is MDA’s basis and standards for taking action, and what are the specific examples cited for TRS? Would it not be sufficient to request for the removal of specific articles rather than the termination of an entire website?

Without such clarity and accountability, we are left with no choice but to once again call doubt on MDA’s ability to be a fair and effective media regulator. The unsubstantiated and extraordinary actions taken by MDA against TRS cannot be seen as rules-based, transparent, and fair; only arbitrary and selective. As it is, we can only view MDA’s action against TRS as nothing short of a poorly-conceived and brutal attempt at censorship.

We also wish to highlight that MDA has chosen to take such action on 3 May, World Press Freedom Day. This is an affront to an international movement championed by the United Nations.

The FreeMyInternet group reaffirms our position that the right way to deal with any content deemed objectionable and offensive is with open discussion and reasoned debate. Such has also been the position championed by the Media Literacy Council. Shutting anyone down for disagreeable content, by anyone’s standard much less that of a regulator that has been inconsistent in its standards, is a trigger happy approach that reeks of blatant censorship and does not speak well of Singapore as a democratic country.

The above statement was made in exclusion of Mr Choo Zheng Xi, who is currently representing the editors of TRS in their court case.

The FreeMyInternet movement was founded by a collective of bloggers who are against the licensing requirements imposed by the Singapore government on 1 June 2013, which requires online news sites to put up a performance bond of S$50,000 and comply within 24 hours to remove content that is found to be in breach of content standards. The group believes this to be an attempt at censorship and an infringement on the rights of Singaporeans to access information online and calls for a withdrawal of this licensing regime.