Cutting through the smog to the facts on AHPETC The debate in Parliament over the Workers’ Party town council, AHPETC, has been fiery with many accusations thrown at the WP.

It would thus be good to go beyond the political rhetoric and accusations and look at things factually.

In this regard, we will be presenting each main issue here, giving the facts so that Singaporeans can better understand them, and not be confused by the mainstream media and the politicians’ rhetoric to score political points.

On the issue of AHPETC giving out contracts to “related parties” without tender, the facts are explained.

In 2012, it was revealed that the 14 PAP-run town councils had sold the computer system used by them to a PAP-owned company, Action Information Management (AIM).

When the tender was held, only AIM submitted a bid, and was successful in it.
Explaining this in Parliament then, Minister of National Development, Khaw Boon Wan (who is also chairman of the PAP), said: 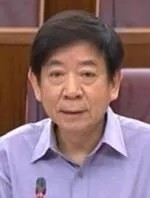 “The Act by design does not prohibit transactions between the TC and party-related entities or persons. Latitude has always been given to MPs to manage their TCs according to their best judgement and be accountable to their residents politically. TCs run by MPs from all political parties have at one time or another appointed party supporters or former candidates to provide services to the TCs they run.”

“In fact, the TC Financial Rules also provide latitude to TCs or their Chairmen to waive requirement to call for tender altogether. Ms Sylvia Lim would be familiar with this because she exercised this latitude when her TC waived competition and appointed FM Solutions and Services Pte Ltd (FMSS) as its Managing Agent (MA) in 2011. MND left the appointment to her best judgement and did not object.”

And he specifically addressed the issue with regards to AIM:

“So back to the TCMS [Town Council Management System] – when it was first tendered out, yes, it cost the TCs $24 million to develop. But by the time it was hitting obsolescence, how much was it worth? Very little, nothing, probably zero, and the tender proved it. Nobody was interested in it. AIM had to step in, because if they didn’t step in, the TCs would be left in the lurch…”

This sounds rather similar to what the Workers’ Party is saying with regards to its tender for a Management Agent – no one put in a bid except FMSS.

So, what we can conclude are two things:

Now that that is clear, we take a look at the explanation given by WP’s secretary general, Low Thia Khiang, and its chairman, Sylvia Lim, in Parliament on Thursday.

Low Thia Khiang, on misconception that contract was awarded without tender:

“I would like to first address the public misconception that the Managing Agent was given the contract without tender.

“Open public tenders were called in 2012 for the Managing Agent and EMSU contracts. The most recent tender for MA contract was called in November 2014. However, tender was not called for MA contract for the specific transitional period between July 2011 and July 2012; and for EMSU contract, the period between October 2011 to June 2012; due to the urgency to take over the management of the Town and to ensure that major services are not disrupted to affect the lives of residents.

“The Town Councils Act allows the Chairman of Town Council to waive tender requirement under the circumstances. 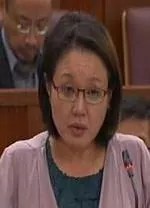 Misimpressions have been created that the TC Secretary and its General Manager, who are the main directors and shareholders of the company, are freely being given contracts without tender and paying themselves handsomely without accountability. Contract values have been highlighted in media headlines, as if these were profit margins. It is necessary to highlight some key facts, as these misimpressions need to be debunked.

MA has no decision-making power:

The MA has no decision-making power in relation to the award of tenders. Tenders are awarded by a Tenders & Contracts Committee consisting of Members of Parliament and appointed Councillors with no interest whatsoever in the MA.

The MA is not involved in evaluating any tender in which it is participating. When the MA and EMSU (essential maintenance services unit) tenders are involved, the MA is excluded from the deliberations.

Only one instance of non-tender, MND was aware:

The only time FMSS was appointed to provide services without tender was in 2011, in the aftermath of the General Election. These waivers were only for two contracts for very short periods of time – one for MA services for one year, and the other for EMSU services for nine months. They were transitional arrangements.

All contracts were tendered for:

For all subsequent contracts involving FMSS, open tenders were called and advertised in the papers accordingly.

For the first contract in 2011 for MA services, it was triggered as the incumbent MA, CPG Facilities Management, asked to be released from the contract with the TC for business reasons. There was an urgent need to put in place a computer system due to the termination of the former system in use. FMSS was appointed for a one year period only, to help the TC in the transition phase. Their rates were the rates that CPG FM charged the former Aljunied TC.

For the first contract in 2011 for EMSU, there was no intention to waive competition. The TC’s preference was to extend the existing contractors until a tender could be called for the whole town. However, the existing contractors were not agreeable. FMSS was appointed to provide these services for 9 months until the tender could be awarded for the town. I shall elaborate more on this shortly.

In 2012, open tenders were called for MA services as well as EMSU services, for the six wards in Aljunied-Hougang Town. For MA services, 3 companies purchased the tender documents, including EM Services that is the MA for many PAP Town Councils. When the tender closed, only FMSS tendered to be MA for AHPETC.

Disclosure and declaration of interest

Prior to submitting their tender, FMSS submitted their declaration of interest in accordance with Town Council Financial Rule 76(3). As the TC was left to evaluate FMSS as the sole tenderer in 2012, the TC decided that it was prudent to have the tender evaluation process for MA services subject to a voluntary audit. It called for quotations from three audit firms, and appointed one firm to do the review. The agreed-upon scope included considering whether the current procedures and practices were adequate to ensure that the procurement was made in the ordinary course of business, and whether there were adequate controls to ensure the award was conducted in an unbiased, objective, fair and transparent manner; it also covered assessing whether the evaluation and award of the tender was conducted in accordance with existing requirements and good corporate governance practices. The auditors examined the records of the evaluations done and also sat in on an evaluation meeting. After this voluntary audit in 2012, the TC was graded “A”.

“The former Aljunied Town Council management [managed by the PAP] also had related parties, and yet there were no related party transaction disclosures in Financial Statements, which had no disclaimers.”

Are any laws broken in this whole saga?

“There was a tender process. There were interested parties, but, for whatever reason, only one party submitted a bid.

“I don’t see any irregularity about it. It’s up to the organisation to accept the bid or reject it. In this case, it accepted it.”

For just US$7.50 a month, sign up as a subscriber on The Online Citizen Asia (and enjoy ads-free experience on our site) to support our mission to transform TOC into an alternative mainstream press.
Tags: AHPETCfeatured

Cutting through the smog to the facts on AHPETC