There shall be no alcohol in public places from 10.30pm to 7.00am everyday. Yes, none at all. Even if you’re having a BBQ by the beach, you are still subject to this law unless you have successfully applied for a liquor consumption permit. Also, if you’re  suspected of being in possession of alcohol, axillary police are empowered to conduct a strip search on you.

I’m not describing a fascist state, I’m talking about our Singapore in the very near future.

On Monday, the Liquor Control Bill was tabled in Parliament. This bill seeks to regulate the supply and consumption of liquor at public places island-wide from 10.30pm to 7.00am. The penalty for flouting these rules can result in a fine of $1000 which will be increased to $2000 and imprisonment for up to 3 months for repeat offenders. Clause 22 of this Bill also empowers police officers, including auxiliary police officers, to conduct a strip search on a person who is reasonably suspected to be in breach of these proposed laws.

Areas such as BBQ Pits in Parks and HDB Void Decks are covered under the definition of ‘public places.’ To consume liquor at these places between 10.30pm at 7.00am one would have to apply for a liquor consumption permit.

For Liquor Control Zones (LCZ) like areas in Little India and Geylang where there is apparently a higher risk of public disorder associated with excessive drinking, flouting the new rules in these zones will carry 1.5 times the penalty.

The Government that once told us to ‘read the right thing‘ and to ‘repent‘, is now telling us when and where we should not only consume, but be in possession of alcohol.

This proposed legislation is a potent manifestation of the Government’s Paternalistic top-down approach towards it’s citizens. This approach is clearly evident in many of its policies, regulations and restrictions. We may have one of the best, if not the best, education systems in the world and the highest number of millionaires per capita in the world, but we still need our Government to play the role of a nanny.

One might raise the argument that in this case, the Government is acting on the wishes of the people and did not take matters into its own hands. After all, it did undergo more than two years of ‘public consultation’ before finally arriving at this legislation, right?

At first sight, it does seem to be the case. However, upon closer inspection of the ‘public consultation’, we might have reason to raise a few eyebrows.

The Ministry of Home Affairs (MHA) embarked on a review of liquor control measures.on alcohol  in September 2012, after complaints about drunkenness in public places. It also held two public consultation exercises between October 2013 and August 2014 which showed broad support for restrictions on public drinking and the sale of alcohol.

In the midst of the public consultation exercise, the Little India riot occurred. The riot, which erupted on December 6, was heavily attributed to the influence of alcohol and led to stricter restrictions on public drinking and the sale of alcohol. It has to be noted that although this review did not happen because of the riot, the riot was undoubtedly instrumental in how the MHA arrived at this Bill. 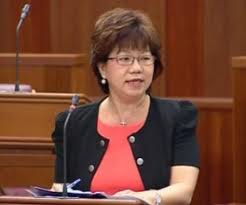 Here’s what MP for Moulmein-Kallang Denise Phua, who oversees Little India, said during the review process with regards to imposing additional restrictions in areas with higher crime rates and incidence of disorderliness.

“For example, near big dormitories where there is a high concentration of foreign workers,” she said. “Or in places like Geylang, where there have been incidents of alcohol-fuelled fights and incidents related to alcohol.”

She had more to say in a Supper Club interview with Singapolitics,

Some (foreign workers) litter, some get drunk and urinate in public places. Some take over common spaces like the playground, equipment area for elderly and the void decks.

We must put ourselves in residents’ shoes. Sometimes residents fear for their daughters and wives walking back through crowds of workers. Yes, the workers are not doing anything, just congregating. But the rights of residents to their privacy, to their communal spaces – that’s not unreasonable. We need to make sure those are met.

Despite the concerns of key stakeholders like Mr Rajakumat Chandra, Chairman of the Little India Shopkeepers and Heritage Association who raised objections, the rules seemed to have continued and even tightened with the LCZs.

“If this policy is going to be in place every day, then it is going to be terrible for the stakeholders. Little India is also a place for a lot of tourists who want to be entertained. There are a lot of backpackers and hostels and they love to stay around Little India and they too spend their evening having their drinks. So if the ban is imposed daily, then I am sure it will make a lot of difference for businesses in Little India, which will also affect the tourism industry.

If the key factor in determining LCZs is truly a “higher risk of public disorder associated with excessive drinking,” then Clarqe Quay would be a prime candidate, but we fail to see it listed as a LCZ which certainly does seem ironic when one takes into consideration the purpose of the bill.

Minority deciding for the majority?

This is what perturbs me most about this bill – it would definitely affect a large number of people in Singapore. To say that it would affect a million people would be a conservative estimate. Does the ‘public consultation’ adequately reflect their rights and interests?

The least one would expect after a two year ‘public consultation’ for a bill that has such far-reaching effects is tens of thousands of data points.

However, it seems that the fate of alcohol in Singapore was based on the feedback of only 1,200 people. Out of these 1,200 people, industry representatives were included in only four consultation exercises, and their numbers are only one part of the 140 in 12 focus group discussions. Who were the rest? MHA’s media release indicates that they included “grassroots leaders, Members of Parliament, (and) residents”.

One may easily agree with the merits of the bill but it is almost impossible to agree that about 1,200 people get to determine the fate of alcohol in an island which is home to 5.3 million. Does the proposed Law truly have the genuine support of the people? Might there be variations in how citizens want the ban to be enforced, rather than have a blanket law that smothers all public areas?

In fact, while MHA claims that more than 83% of the 1,200 people it consulted supported the proposed laws, a poll by national broadsheet The Strait Times, which would likely have attracted more voters than the entire public consultation exercise, certainly painted a very different picture.

We might be used to a house of 90 elected representatives making decisions for us, but to use the caveat of a ‘public’ consultation to show consensus for the bill is definitely unethical and undemocratic, particularly since a separate poll that is relatively more ‘public’ states otherwise. For a Government which claims to be more consultative and open to feedback, this definitely will go down as a major dark stain in it’s attempts to reform the policy-making process.