The European Union Delegation to Singapore is organising a half-day seminar to mark and raise awareness of Human Rights Day (10 December) on 4 December. Former Nominated Member of Parliament Dr Thio Li-Ann has been listed as one of the speakers, with the topic “International Human Rights Law and National Courts in Asia”. The following is a statement issued by various members of civil society expressing concern at Dr Thio’s representation at the seminar.

We, the undersigned, write to express our disappointment at the choice of Prof Thio Li Ann as a speaker for the Human Rights Day seminar hosted by the EEAS European Union Delegation to Singapore.
It is a matter of public record that Prof Thio: –

In 2007, Prof Thio argued, in the Parliament of Singapore, in favour of the continued criminalization of adult consensual same sex relations in Singapore. She asserted that:
“Human rights are universal, like prohibitions against genocide. Demands for ‘homosexual rights’ are the political claims of a narrow interest group masquerading as legal entitlements….You cannot make a human wrong a human right.” 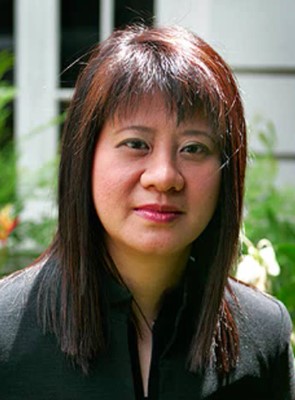 In the same parliamentary speech of 2007, she asserts that: –
“Homosexual activists often try to infiltrate and hijack human rights initiatives to serve their political agenda, discrediting an otherwise noble cause to protect the weak and poor.”
And again,
“Conversely, homosexual activists lobby hard for a radical sexual revolution, waging a liberal fundamentalist crusade against traditional morality. They adopt a step­by­step approach to hide how radical the agenda is.”

The EEAS should note that she explicitly endorses a position which runs counter to the professional standards of internationally recognized mental health associations including the World Health Organisation, the American Psychiatric Association, American Psychological Association, The Royal College of Psychiatrists in the UK, and the Chinese Psychiatric Association amongst others.
An invited speaker is a position of honour and prestige and conveys significant legitimacy to the speaker. With this in mind, we are concerned about the underlying principles and values being communicated to the public with the EEAS’s invitation to Prof Thio to speak at a Human Rights event, given her public statements against the LGBTQ community. Under these circumstances, some may construe this invitation as an implicit endorsement of the speaker and her views by the organizer.
Article 13 of the EC Treaty and the European Union’s Charter of Fundamental Rights explicitly prohibits discrimination on grounds of sexual orientation. Moreover, the Commissioner for Human Rights recommends that authorities in Council of Europe member states should:

The European External Action Service lists one of its key roles as “Human rights defender”.
We are profoundly disappointed and we urge the EU and the EEAS to explain how inviting Prof Thio as a speaker for a Human Rights Day seminar is consistent with its own stated role as a defender and advocate of human rights.

For just US$7.50 a month, sign up as a subscriber on The Online Citizen Asia (and enjoy ads-free experience on our site) to support our mission to transform TOC into an alternative mainstream press.
Tags: civil societyfeatured