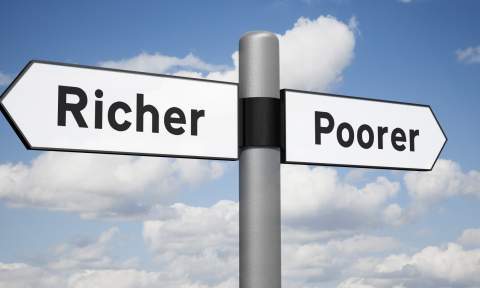 By Terry Xu
Humans of Singapore, a local fanpage which take shots of people in Singapore and write their life’s story, shared a story about an elderly man in his 70s who is homeless and doing odd jobs to survive.
When the post was shared on The Online Citizen’s fanpage, it garnered opinions ranging from “undesired state of affairs” and “well-deserving due to his own doing”.
A commenter, Manoj Murugan’s wrote simply: “I would say Forgotten, almost Invisible, Heroes of Singapore”.
However, less sympathetic views came from commenters like Jarel Seeh, who wrote, “A hero will be a 71 year old comfortably retired old man. Not a 71 year old homeless old man who somehow has no savings. Wait. It’s the government’s fault that he probably represents maybe 1% hypothetically of all 71 year olds in Singapore.”
“Perhaps someone can give me a list of tragedies that can befall me. Oh wait it’s the government’s fault. Vote them out. When PAP is out there is a zero hypothetical chance in 41 years time I will be sleeping on a street.”
Well that is exactly the truth – there are always people who would prefer to have the current status quo in place compared to a “fairer” system in the country because they can benefit from it. In such a model, there is no doubt that businessmen like Jover Chew in the Sim Lim Square saga would likely retire happily, and then be labelled a “nation building” hero, perhaps?
But apart from the “get out of my elite uncaring face” attitude, there are gems in the thread.
Kelvin Leong wrote, “Whatever the reasons for him in his past, it is not right for him to have ended up this way in his old age. And he is not alone as you can see many 80 year old folks struggling to collect cardboards, or washing toilets and collecting plates just to eke out a miserable living.”
“Even in a developing country like China, their communist government takes care of every elderly citizen once they reach retirement age regardless of whatever situation.”
Joanna Chia wrote, “The casualty of meritocracy. Can drive and even fix cars but no papers. Skills not valued by the system. Underpaid but with skills. We are going to head that way as the Minister implied that we are threatened by workers who are skilful but with low wages. This old gentleman’s fate will be the fate of other Singaporeans who will also have skills. The system and the leaders have let the people down and failed them. Meritocracy keeps the elites and wealthy at the head of the game. No other way to look at it.”
Both Leong and Chia have hit exactly on the problems with our flawed model of “meritocracy”.
Singapore leaders have been asking for Singaporeans to take up jobs in the service industry, blue collar jobs, saying that it is ok to work without a degree. But what does that mean about survivability in Singapore if we were to listen only to this propagandistic mantra from the government?
The government’s system and policies perpetuate the idea that you are responsible for taking care of yourself – your livelihood, your family’s well-being, your retirement. And this “responsibility” is not about gaining a luxurious standard of living, but what even to the point of subsistence.
Whether you have served in volunteer community service all your life, or have contributed to society through your hard work without the thought of getting any excessive monetary gains during your able days, our “meritocracy” pays no heed.
Policy, unfortunately, have the undesirable effect on people, to the extent that even those who are supposed to help those in need, such as grassroot leaders managing social welfare schemes, religiously ask if someone is “deserving” of assistance with his or her basic needs. Such an approach blindly parrots what our leaders have always emphasized.
For the longest time, Singaporeans have been described as cold, apathetic, unhappy individuals – in fact, the unhappiest in Asia.
How can the man on the street – at times, quite literally – ever think of contributing to society selflessly when they are under constant pressure for their daily survival? Ironically, when productivity serves a more important benchmark than honesty, it is shrewd businessmen who are able to bend the law to cheat unthinking customers who will enjoy their sunset years, instead of the hard-working Singaporeans in the workforce doing what they can to get by.
Has education in Singapore become so successful that some individuals not only shun certain occupations in society, but also begin to take certain elitist perspectives in life that skew our concept of who is “deserving”? Or have we merely been scared by government welfare policies that perpetuate a mindset of “you die, your business”?
No government or government policy is perfect in the world. However, it is often our underlying principles that identify a country for what it embodies. Compassion, dignity, integrity and national pride; or simple merciless, cut-throat, elitist economics – which would you prefer?

Editor’s update (13 November 2014): Humans of Singapore has clarified on its Facebook page that the story of the uncle is false and that he is not homeless. They had earlier started a fundraiser for the uncle, and are attempting to return the money to donors, or donate it to another cause.
We have earlier highlighted the fundraising effort on this page, and the link has now been removed. We apologise to any of our readers who have followed that link to make a donation. We do, however, encourage you to continue supporting Humans of Singapore, as they had good intentions for Singaporeans in the effort.
We have also removed parts of this commentary that suggested truth in his stated predicament. However, we have left the rest of this commentary intact, as it discusses broader issues of meritocracy and the disadvantaged, which are relevant discussion points for our readers.