To launch or not to launch, that is the question 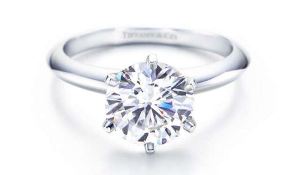 Last night, I asked you whether you are married or not. There was dead air for ten seconds before you replied “I still consider myself single”.
I was expecting a simple yes or no answer from you. This marital status question from my heart only offers two options: single or married, or at most with two more for divorced or widowed.
Sorry a vague answer won’t open you to more options. Because I am naturally confused by ‘yes but’ answers.
Don’t tell me that you are single but attached, married but available, single but engaged, married but separated, or single but living together. You may say it’s complicated but I don’t want to know.
Cut the crap that you two have applied for a flat but haven’t registered for marriage. Or you get that marriage certificate to collect the key to the flat but haven’t gone through a wedding ceremony.
I am asking you whether you’ve popped the question, taken the vow and signed on the dotted line. Who cares whether you will throw a wedding or not?
Your answer only shows that you don’t have the confidence in marriage or the faith in your better half. Maybe you are just biding your time or trying to work around it.
Statistics show that 22 percent who apply for BTO flats under the fiance/fiancee scheme will subsequently give it up in the next 4 years. Are you going to be one of them? Are you prepared to pay that 5 percent penalty for your BTO or 20 percent for your DBSS or EC?
This time every year is the peak season when couples-to-be are busy distributing pink envelopes. They all rush to tie the knot in time for the auspicious dates end of the year. Who wants to wait till Chinese New Year to entertain that familiar question from nosy relatives again?
As time goes by, one day you might be one of those who finally say ‘I do’ with that one carat diamond – all under the pressure of ‘failure to launch’.

Last month, I called the developer to ask them whether their new project has been launched. There was dead air over the phone for ten seconds before they replied “it is not an official launch yet”.
I was expecting a simple ‘yes’ or ‘no’ answer from them. Back in my mind I can think of answers like ‘it was launched (on a certain date)’, ‘to be launched (on a certain date)’, or ‘it is not ready to launch yet’.
This vague answer may create suspense and excitement for prospective buyers and eager sellers. But I am often confused by ‘yes but not yet’ answers.
There are already so many terms like new launch, pre-launch, VIP launch, private launch, official launch, by invitations, by appointment only, etc. Developers may say VIP and sincere buyers are given priority. But honestly, what makes the difference here?
Please don’t keep delaying or explaining different phases to launch the project. It’s fair that developers want to test the market. But how long and how many times are they going to do so?
I am asking when the project is ready to launch in the market, when interested parties can visit the sales gallery and showflat and when buyers can book their chosen units. Why can’t they confirm a definite date?
I can sense from the developer’s response that they lack confidence in the market and have doubts whether there will be positive response of their project. Maybe they are just biding time to find a better occasion to take the plunge.
The data from Urban Redevelopment Authority (URA) shows that 15 percent of uncompleted private residential units launched were still unsold as of end of 2nd quarter, while 34 percent of total number of units were unsold as of August 2014. Developers have to prepare to pay extension charges of 8 to 24 percent of the land price for any project with unsold units two years after TOP.
This time every year is the peak season when developers are busy launching their new projects after the Chinese ghost month and ahead of the holiday season. Who wants to wait till Chinese New Year when no one has the time to look at properties?
Last weekend, for just one Saturday, there were countless advertisements in Straits Times: calling for e-application for ECs like Lake Life, Bellewoods and Bellewaters; launch of new projects like Marina One Residences, The Crest, 70 Saint Patrick’s, Luxus Hills, Forte Suites, Highline Residences, Kallang Riverside, Mon Jervois, The [email protected] and Avant Parc; and marketing or re-launch of existing projects like Marina Bay Suites, The Scotts Tower, One Shenton, V on Shenton, Riverbank, [email protected], The Interlace, Lakeville and Coco Palms.
Where can the developers find so many interested buyers to go for 22 sales galleries in just one weekend?
Even taking a walk near the MRT station would be stopped by property agents persuading me to upgrade to an Executive Condominium (EC). A causal visit to their competitor’s showflat had an eager agent trying to fill out the application form for me. Another sales gallery was dangling a dazzling one carat diamond that looks irresistible.
At the end of the day, the official launch date is determined not by the readiness to launch, but by the fear of being left behind due to ‘failure to launch’.
This article was first published at propertysoul.com