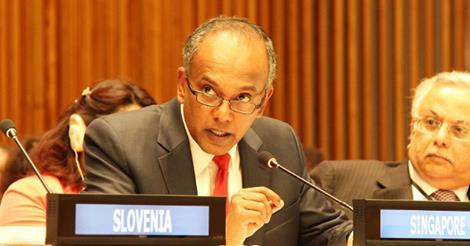 By Second Chances, Singapore Anti-death penalty campaign and Think Center
The following was a letter the Singapore Working Group on the Death Penalty – a coalition made up of Second Chances, the Singapore Anti-Death Penalty Campaign and Think Centre – submitted to the Straits Times Forum. The letter was not chosen for publication.
We refer to the Law Minister’s comments as reported in the article ‘Death penalty needed in anti-drug fight: Shanmugam’ on 27 September.
In his speech at the United Nations, Mr Shanmugam asserted that the death penalty is an effective deterrent to drug trafficking in Singapore. He also said that the debate over capital punishment should shift to facts.
Facts are important in this debate, but there has been a lack of publicly available criminological studies in Singapore to support Mr Shanmugam’s point. Furthermore, a 2009 study comparing homicide rates in Singapore and Hong Kong strongly suggested that the death penalty is no more effective than alternative forms of punishments.
The mere fact that Singapore has both the death penalty and low capital crime rates does not necessarily mean that there is a direct link between the two. In fact, other criminological studies have shown that socioeconomic factors and the likelihood of getting caught have more influence over crime than the severity of punishment.
This lack of concrete evidence on the death penalty’s deterrent value has also been pointed out by MPs and NMPs such as Mrs Lina Chiam, Ms Sylvia Lim, Mr Laurence Lien and Ms Faizah Jamal when Parliament debated the amendments to the mandatory death penalty in 2012.
In the interest of a fact-based debate on the death penalty in Singapore, we would invite the government to share any studies upon which conclusions on the effectiveness of the death penalty as a deterrent have been drawn. We also call for more rigorous, independent studies to be conducted on this issue.
Singapore should not resort to the death penalty without concrete proof of its necessity, especially if alternative forms of punishment can have the same effect. The inevitability of human error within the system also makes the chances of wrongful executions far too high a cost for us to use capital punishment as an instrument of justice.

Third booster of COVID-19 vaccine may not be necessary for everyone, says Prof Paul Tambyah