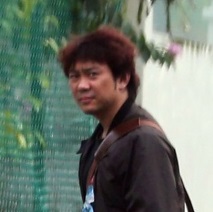 Chinese national and Singapore permanent resident (PR), Yang Yin, seems to be in deeper trouble as the saga over his tussle over the assets of an elderly woman continues.
In the latest twist of events, the Singapore police confirmed on Wednesday that it has arrested and investigating Mr Yang for alleged criminal breach of trust (CBT).
Mr Yang is currently embroiled in a court battle with the niece of 87-year old Mdm Chung Khin Chun over control of the latter’s assets which is reported to be worth some S$40m.
The niece, 60-year old Hedy Mok, is asking the court to strike out the Lasting Power of Attorney (Lpa) which Mdm Chung had given to Mr Yang in 2012.
The LPA gives Mr Yang, 40, full control over Mdm Chung’s assets.
Two years prior (2010), Mdm Chung – who was diagnosed with dementia earlier this year – had also made a will leaving all her assets to Mr Yang.
The police arrest and investigation is believed to have been sparked by the police report made by Mdm Mok that Mr Yang had allegedly stole jewellery and cash belonging to Mdm Chung, while Mr Yang was entrusted to act as her guardian.
On Wednesday afternoon, a group of plainclothes police officers were seen inside Mdm Chung’s bungalow in Gerald Crescent, where Mr Yang had been staying since 2009, along with his own family from China which moved into the house last year.
It is reported that the police spent about an hour in the house and had spoken to a maid and Mdm Mok while they were there.
The police confirmed with the press on Wednesday that it had arrested Mr Yang on suspicion of CBT.
It has been reported by the news that Mdm Mok has also reported to the police that cash, jewellery and art pieces were taken from Mdm Chung’s art gallery in her bungalow.
On Tuesday, Mr Yang was interviewed by the police and the Immigration and Checkpoints Authority (ICA) which is also probing into how Mr Yang had obtained his PR status.
While the ICA did not say much about the investigation itself, it did however say that “individuals who provide false information in their applications for immigration facilities will be dealt with firmly under the law.”
“In addition, they will have their immigration facilities cancelled or revoked,” it added.
Mr Yang was also accused of misrepresenting himself as having links to several travel agencies and the Singapore Chinese Chamber of Commerce and Industry (SCCCI).
The travel agencies – Chan Brothers Travel, SA Tours, and a third agency in Zhejiang, China, which Mr Yang claimed to have worked for or has business dealings with – have all rejected and denied his claims.
The SCCCI, which Mr Yang had said he was a director of in his business cards, has made a police report about his claims.
After the court battle over the control of the assets came to light, it was also reported that Mr Yang had been a “grassroots leader” with a division of Ang Mo Kio GRC, which is led by Prime Minister Lee Hsien Loong.
MP with the GRC, Intan Azura Mokhtar, had confirmed that Mr Yang was a grassroots leader but she said that he “[did] not hold any position” in the grassroots. She was also reported by the Straits Times to have said that Mr Yang had been “helping foreigners integrate into society.”
However, on Wednesday, the Straits Times clarified that what Dr Intan had said was that “Mr Yang was one of many grassroots leaders but he does not hold a key post.”
Mr Yang has since resigned from his grassroots position.
Mdm Chung, whose doctor-husband passed away in 2007, has no children.
She met Mr Yang who was her private tour guide on a trip to Beijing in 2008. The two seemed to have gotten along and soon were in business together, with Mr Yang moving to Singapore the following year and started to live in Mdm Chung’s house.
In his court submissions last week, Mr Yang claimed that it was Mdm Chung who had asked him to move in with her and was so fond of him that she asked him to be her “grandson”.
He also claimed that Mdm Chung’s relatives have deserted her and did not provide care for the elderly woman.
Mr Yang also claimed that Mdm Chung’s friend, Mdm Chang, had had an affair with Mdm Chung’s husband, a claim which Mdm Chang has denied.
Soon, however, the Chinese newspapers unearthed some postings by Mr Yang on his Facebook page, online forums and website, where he openly boasted that he had sold or intend to sell off Mdm Chung’s possessions, including antiques and other valuables.
He also said he intended to buy a S$14,000 watch, and boasted about his love for branded goods, and the lavish holidays and stays in luxury hotels which he had had with his family.
Two months after Mdm Chung granted him authority over her assets, MrYang wrote on his blog, “Let my cash vault grow towards $50 million! Come on, money, I love you!”
——————-
Read also:
Yang Yin resigns from grassroots, police report filed by SCCCI against him.
ICA now investigating Yang Yin’s PR status
3 more companies deny links to Yang Yin
Yang Yin does not hold “key post” in grassroots, says ST correction