Watch against "sense of entitlement" in workforce: Tan Chuan Jin 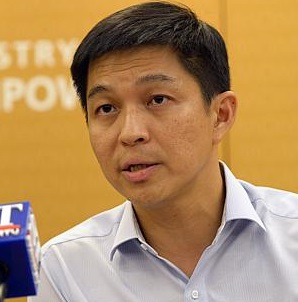 Minister for Manpower, Tan Chuan Jin, has expressed concerns that Singaporean workers may be “[imbued with] the wrong sense of entitlement.”
Writing on the ministry’s blog site on Tuesday, Mr Tan related what he had been told by delegates at theG20 Labour and Employment Ministerial Meeting in Melbourne, Australia, last week.
Mr Tan wrote of how the governments of other countries were dealing with unemployment and labour issues.
“The realities are different and stark for my G20 counterparts,” Mr Tan said. “In the various sessions over these few years, my colleagues at the G20 have been repeatedly calling for stronger economic growth and jobs creation.”
He said his Australian counterpart, Eric Abetz, was concerned about high wages and labour market rigidities which have “started to affect their international competitiveness.”
Mr Tan also related how the owner of a foreign IT set-up had told him at a dialogue session that he was thinking of moving his operations in Singapore to Vietnam.
“I asked if it was because of a lack of talent here,” Mr Tan wrote. “It wasn’t. Was the salary he was offering too low? That didn’t seem to be the case either, as some of the starting jobs were at a fairly attractive $4,000 to $5,000.”
“The crux of the problem was the fact that the job required shift work, as they supported operations round the clock,” Mr Tan said. “Many Singaporeans, on hearing that, were not interested.”
Mr Tan said a headhunter he recently met told him that demands and expectations from Singaporeans “were high and sometimes excessively so.”
“He was somewhat concerned about the impact on competitiveness and recognised that it was not a given that jobs are always going to be available,” Mr Tan said.
The minister then compared wages in the United States with that in Singapore.
“In the US, real wages has remained stagnant for the majority for almost three decades,” he said.
“Just last week, The Economist carried an article, “The big freeze”, to discuss why wages haven’t moved much for the developed countries. In Singapore, our growth in real median gross monthly income from work of full-time employed residents (including employer CPF contributions) in 2013 was 4.0% over the year, 1.9% p.a. in the last five years, and 1.6% p.a. over the decade.”
Mr Tan also wrote of the situations in South Korea, Canada and the UK, where the governments there are making changes to the education system to ensure those who come out of it meet job requirements.
“We cannot operate in isolation without realising what is happening elsewhere,” Mr Tan said.
He said that Singapore is “buffeted by the same pressures and confronted by economic realities like others.”
However, he said,  “we have been able to manage these relatively well.”
“Expectations will always be there, but we also need to be realistic,” he urged.
“The irony is that if we are not careful, we will imbue the wrong sense of entitlement in our workforce, and this can undo the position that we now enjoy. If we become uncompetitive and inward looking, perhaps at future meetings, I would be joining my other international colleagues in lamenting stagnant wages and high youth unemployment.”
You can read the full blog post here.