In a report on the 91st birthday of Singapore’s former prime minister, Lee Kuan Yew, the Straits Times had this rather curious photo which accompanied its report:

The first thing one notices is that the picture, of Mr Lee celebrating the occasion with some of his former staff, has a completely darkened or black background.
What room or place was this to have such a background?
On closer inspection, however, it seems that the dark backdrop was photoshopped.
If you look closely, you can see the outline of a different shade of black around the top of some of the heads of the people in the photo, especially above the man and three women to the extreme left of Mr Lee in the photo.
Was the background blackened out for some reasons? What would these reasons be?
If the contrast is enhanced, the picture looks like this: 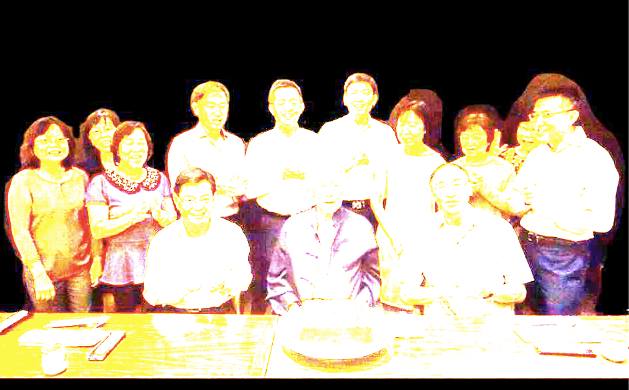