By Howard Lee
FreedomFilmFestival (FFF), Malaysia’s most established annual human rights film festival, launches in Petaling Jaya tomorrow with a line up of 12 films, and will continue to 26 October in a schedule that reaches Johor Barhu, Kota Kinabalu, Ipoh, Kuantan, Kuching and Georgetown.
The festival will feature up to 39 short films, features and documentaries from around the world. Titles such as “Untouchable: Children Of God”, “Wukan: Flame of Democracy”, “Banned Expression” and “Fight Thru Cartoon” promise to deliver what the festival has championed since it was launched in 2003 with the festival tag line, “Dare To Document” – to provide film-makers and activists with a platform to showcase human rights films and advocate their causes.
While human rights and democracy are consistent themes throughout the festival, the line up also promises to challenge the mindset of viewers, touching on topics like housing and urban poverty, the struggles of indigenous cultures, and the rights of minor. There are also four films set aside for children, which deal with topics like racial bias, bullying and war.
Through the films, festival organisers hope “to build the culture of documenting or telling stories about our own social realities, and via screenings and discussions, to develop a better understanding of human rights as a framework to understand and solve issues around us.”
Singapore, too, is no slouch at the festival. Two films about Singapore, “To Singapore, With Love” and “A Short Film On The May 13 Generation” will be screened as part of the festival.
Directed by Tan Pin Pin, “To Singapore, With Love” documents the past and present lives of several key Singaporean political exiles, who fled during the 1960s to escape detention for their beliefs and activism. Most have not been permitted to return and have moved on to create extraordinary second lives in adopted homelands. Nevertheless, their love for their country and sense of belonging has never wavered. The film also attempts to shed some light on the history of formation of the Singapore that we know today.
“A Short Film On The May 13 Generation” dates back a little further, but is no less compelling as an alternate narrative of the history of Singapore. Directed by Jason Soo, the film is set in 1954, where students from Chinese middle schools seek exemption for classmates affected by a new conscription law, but instead faced the wrath of anti-riot police.
Both films will not be screened in Singapore, although “To Singapore, With Love” will be screened at [email protected] Hotel, Johor Bahru on 19 September, and “A Short Film On The May 13 Generation” at PJLA Theatre in Petaling Jaya tomorrow. 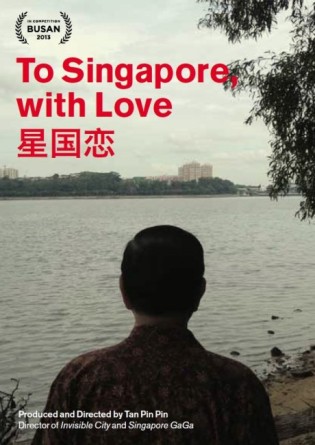 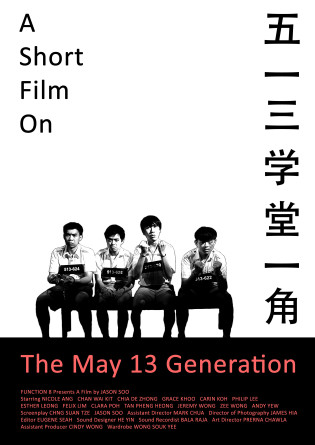