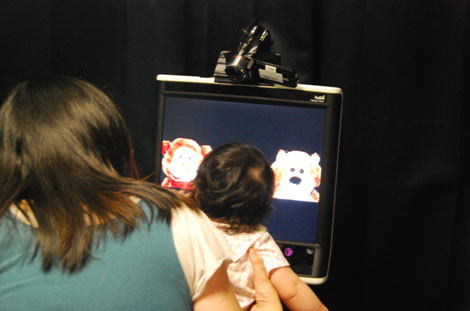 A joint-study by A*STAR’s Singapore Institute for Clinical Sciences (SICS), KK Women’s and Children’s Hospital (KKH) and the National University Hospital (NUH), has found that six-month old infants spoken to in two languages show better learning and memory than infants exposed to one language

“This is good news for Singaporeans who are making the effort to be bilingual. These findings were possible because of the unique Singaporean setting of the study and the detailed neurodevelopmental testing that the GUSTO researchers perform,” said Assoc Prof Chong Yap Seng, Lead Principal Investigator of the study.

Here is the press release from the group:

Singapore— A team of investigators and clinician-scientists in Singapore and internationally have found that there are advantages associated with exposure to two languages in infancy. As part of a long-term birth cohort study of Singaporean mothers and their offspring called GUSTO – seminally a tripartite project between A*STAR’s Singapore Institute for Clinical Sciences (SICS), KK Women’s and Children’s Hospital (KKH) and the National University Hospital (NUH) – (see Annex A), six-month old bilingual infants recognised familiar images faster than those brought up in monolingual homes. They also paid more attention to novel images compared to monolingual infants. The findings reveal a generalised cognitive advantage that emerges early in bilingual infants, and is not specific to a particular language. The findings were published online on 30 July 2014 in the highly-regarded scientific journal, Child Development.

Infants were shown a coloured image of either a bear or a wolf. For half the group, the bear was made to become the “familiar” image while the wolf was the “novel” one, and vice versa for the rest of the group. The study showed that bilingual babies got bored of familiar images faster than monolingual babies.

Several previous studies in the field have shown that the rate at which an infant becomes bored of a familiar image and subsequent preference for novelty is a common predictor of better pre-school developmental outcomes, such as advanced performance in concept formation, non-verbal cognition, expressive and receptive language, and IQ tests. The past studies showed that babies who looked at the image and then rapidly get bored, demonstrated higher performance in various domains of cognition and language later on as children.

Bilingual babies also stared for longer periods of time at the novel image than their monolingual counterparts, demonstrating “novelty preference”. Other studies in the field have shown this is linked with improved performance in later IQ and vocabulary tests during pre-school and school-going years.

Associate Professor Leher Singh, who is from the Department of Psychology at the National University of Singapore’s Faculty of Arts and Social Sciences and lead author of this study said, “One of the biggest challenges of infant research is data collection. Visual habituation works wonderfully because it only takes a few minutes and capitalises on what babies do so naturally, which is to rapidly become interested in something new and then rapidly move on to something else. Even though it is quite a simple task, visual habituation is one of the few tasks in infancy that has been shown to predict later cognitive development.”

Said Assoc Prof Leher Singh, “As adults, learning a second language can be painstaking and laborious. We sometimes project that difficulty onto our young babies, imagining a state of enormous confusion as two languages jostle for space in their little heads. However, a large number of studies have shown us that babies are uniquely well positioned to take on the challenges of bilingual acquisition and in fact, may benefit from this journey.”

In comparison to many other countries, a large proportion of Singaporean children are born into bilingual environments. This finding that bilingual input to babies is associated with cognitive enhancement, suggests a potentially strong neurocognitive advantage for Singaporean children outside the domain of language, in processing new information and recognising familiar objects with greater accuracy.

Said Assoc Prof Chong Yap Seng, Lead Principal Investigator for GUSTO, “This is good news for Singaporeans who are making the effort to be bilingual. These findings were possible because of the unique Singaporean setting of the study and the detailed neurodevelopmental testing that the GUSTO researchers perform.” Assoc Prof Chong is Senior Consultant, Department of Obstetrics & Gynaecology, National University Hospital (NUH), as well as Acting Executive Director, Singapore Institute for Clinical Sciences (SICS), Agency for Science, Technology and Research (A*STAR).