Gov't looks to foreigners for vindication 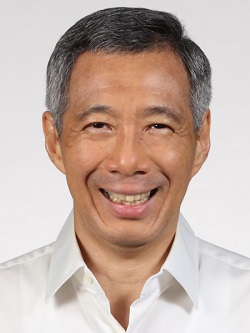 There is one thing which struck me in the Prime Minister’s speech at the opening of the new Parliament, and the consul-general’s rebuttal of a report in the South China Morning Post (SCMP) to author Catherine Lim’s open letter to the PM.
Both PM Lee Hsien Loong and the Singapore consul-general in Hong Kong, Jacky Foo, cited some anecdotes and a study by foreigners to vindicate its performance and achievements.
This, to be sure, is nothing new – the PAP Government has always sought vindication outside of Singapore.
In his parliamentary speech on 28 May, PM Lee spoke of two foreigners – an Italian and a Dane – who had written to him and his father, Lee Kuan Yew, to express how happy and impressed they were with their time here in Singapore.
PM Lee related how the Italian lady “came back to Singapore last August (2013) and saw now that the Alexandra Park connection was completed.”
“Honestly I cried in seeing those places,” the lady supposedly wrote in her letter to Lee Kuan Yew. “I have missed them so much after leaving Singapore.”
She also apparently bemoaned the state of her country’s politics, which she supposedly said had been “ruined by bad politicians.”
“I think we would need someone like you to adjust everything,” she wrote in her letter, referring to Lee Kuan Yew.
“I hope to have the chance to meet you one day, just to shake your hand and tell you personally how great you are,” she added.
The second letter, to PM Lee himself, was written by a Danish man, who had come to Singapore as a student to study in INSEAD – the French MBA programme in Buona Vista – but has now returned to his home country.
“[We] often talked about our time in Singapore,” his letter to PM Lee said, “and when we reached the five-year mark for our departure (from Singapore) I took my boys back to visit (Singapore) for three weeks in 2010. And we met no disappointing issues, events or experiences – it was just like coming home.”
These two examples show that “our reputation is well justifiably good”, PM Lee said to Parliament.
Mr Foo, on the other hand, chose to cite an international study – by the United States-based public relations firm, Edelman Trust Barometer – to defend the level of trust Singaporeans have in the Government.
In her open letter to PM Lee, Ms Lim had said that there was “an unprecedented crisis of trust” between the Government and the people of Singapore.
Mr Foo, instead of rebutting Ms Lim’s claims directly, chose to do so with the SCMP after the Hong Kong-based paper reported on Ms Lim’s letter.
This itself says something – is it because Ms Lim is Singaporean and her views did not matter as long as it’s kept within our shores? Does the govt feel it is important to respond only if it affects what foreigners might think of it (the govt)? Something to think about.
Mr Foo said in letter to the SCMP: “For example, the Edelman Trust Barometer found only 37 per cent of respondents in the United States trusted their government. The UK scores 42 per cent, and Hong Kong 45 per cent.”
“Singapore scored a respectable 75 per cent,” he added.
But what Mr Foo did not say was that the Edelman Trust Barometer also found that “only 23 per cent of the Singaporeans polled said they trusted government leaders to tell the truth.” (See here.)
And one would argue that telling the truth in fact goes to the very heart of trusting someone.
This, as Ms Lim said, was best demonstrated during the general elections of 2011, where the ruling People’s Action Party (PAP) saw its votes go down to its lowest ever, and losing a GRC for the first time, followed shortly with two consecutive defeats in two separate by-elections,
If there were any indication of a decreasing level of trust in the PAP Government, these would be it.
And this is perhaps why, post-GE 2011, many ministers, PAP Members of Parliament, academics and even the head of the Civil Service, have spoken of regaining or maintaining trust from the people.
So, it is rather curious why, despite all this, Mr Foo would go the length to cite a foreign publication or a study by a foreign firm to effectively deny any erosion of trust, or at least to imply that “trust remains high”.
The indisputable facts are these:
–       Since Mr Lee became Prime Minister and secretary general of the PAP, his party’s share of the votes has dropped considerably – by 15 per cent, in fact. When he took over Mr Goh Chok Tong, his party’s share was 75 per cent. In the last general elections in 2011, its share had come down to 60 per cent.
–       Under Mr Lee’s leadership, his party lost, for the first time, a GRC to an opposition party.
–       Under Mr Lee’s leadership, his party lost two consecutive by-elections – significantly, one was a new constituency, and the other was one where the PAP was incumbent.
–       Under Mr Lee’s leadership, an unprecedented number of ministers and PAP MPs, including Mr Lee himself, have had to make public apologies for shortcomings and policy failures.
All of this negative performance has led to questions of trust in the PAP Government – and this itself is also an undeniable fact.
Why else would so many speak of the issue in recent times?
So, instead of seeking vindication from foreigners and foreign publications, perhaps the Government should be humble, lay off its combative instinct at each criticism, and accept that it is failing in perhaps its most important task – maintaining and building on the trust which it had built up the last 50 years.
Citing anecdotes by foreigners and foreign publication is not going to convince Singaporeans one bit.
On the contrary, it may in fact prove Ms Lim’s assertion – why else would the Government seek foreign vindication, instead of a local one, if it claims Singaporeans still have a “high level” of trust in it?

Who pays for increase in foreign workers’ levy?