Extracts from Malaysiakini: “See you in court, Mr Prime Minister” 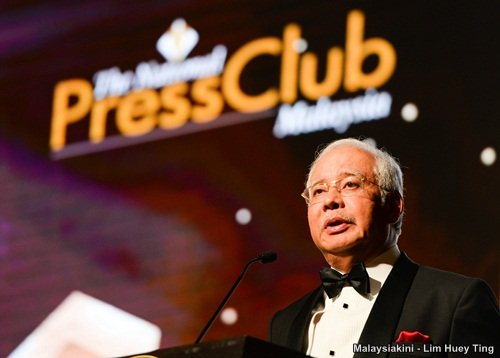 Despite being invited to provide his version and to counter the allegations, the prime minister, who has never questioned the journalistic ethics of his party’s mouthpiece, Utusan Malaysia, insisted on a legal battle instead.
Najib fails to understand that he, his party, his coalition, his administration and all his politicians and top civil servants suffer from a credibility gap.
So with perception being in the negative, it is almost certain that aspersions would be cast. This is unavoidable. He must learn to stomach them, no matter how unpalatable.
Since its inception, Malaysiakini has been a trailblazer, chalking up numerous awards both here and abroad. It has survived numerous trials and tribulations, threats and lawsuits.
So the premier’s lawsuit looks set to add another feather to its cap, making Malaysiakini the first media organisation in the nation’s history to put a prime minister in the witness stand.
As in the words of Malaysiakini’s chief editor Fathi Aris Omar, “See you in court, Mr Prime Minister.”

NTUC CEC member: Best support from govt is to ensure elderly workers “have a good job”