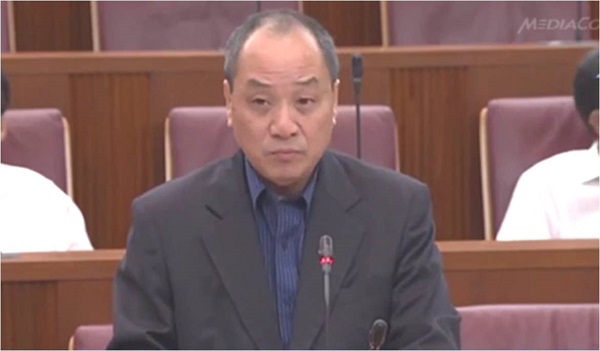 The exchange between the Workers’ Party (WP) secretary general Low Thia Khiang, and the Prime Minister, Lee Hsien Loong, in Parliament yesterday boils down to one thing – how “constructive politics” work in reality.
Following the President’s Address which opened the new term of Parliament, Mr Low chose to devote his speech to the issue of “constructive politics” in response to the Address.
While the debate between the two men is a rare but welcomed moment of spontaneous sword-crossing in the House, it is quite clear that Mr Low was the more rational one, while Mr Lee was trying to finger-point what he perceived as WP failures, even using derisory terms on the WP.
Mr Low, to his credit, did not stoop to Mr Lee’s level.
Nonetheless, what should interest Singaporeans more is the two sides’ differing views of what constitutes “constructive politics’.
To Mr Lee, it basically entails several main things, namely:
– Developing effective policies for Singaporeans.
– Putting forward good people to lead.
– Having a robust and open debate where proposals are scrutinised.
– Maintaining high standards of integrity and honesty.
– Rallying people together around a common cause.
While it would be hard to fault Mr Lee’s laundry list of what constitutes “constructive politics” – which is an easy list of politically correct motherhood statements – it is however rather telling that Mr Lee did not go into great details about how these could be achieved.
For example, he said there should be “a robust and open debate where proposals are scrutinised”.
How?
Where would such a “robust and open debate” take place? Parliament is 92 per cent PAP MPs, the media is controlled and muzzled by the government which is also looking to curtail free expression online, and even the freedom of institutions are curbed.
Another example where Mr Lee does not give details of his idea of “constructive politics” is when he said that there was a need to maintain “high standards of integrity and honesty”.
How does one propose to do this?
Ironically, it is Mr Low who provided Mr Lee with the answer.
One of the three main pillars of “constructive politics’ to Mr Low is the impartiality of public institutions.
“Public trust can be eroded very quickly due to political gaming, as seen in many countries when political infighting unravelled the efforts to build them,” Mr Low said. “Building such institutions is the obligation of any responsible government, and entails whole-of-government efforts to protect these institutions from being perceived as political tools of the government.”
He added:

“The key to the success of such institutions is Public Trust, not government trust.

“Therefore, the institution must be seen to behave impartially and to be above politics. Such consistent and predictable behaviour over a long period of time will gain public trust to enable them to play a stabilising role in a political crisis.”

But in order to have people man such institutions and to keep them on the straight and narrow, you would need a political culture where people are informed and empowered, one which for example does not condone the abuse of such institutions by politicians.
“If the people support a governing party that uses governmental resources, including civil servants, to serve its partisan goals, we are condoning the abuse of political power as an acceptable culture,” Mr Low said.
He also said, “If you support a political party with the habit of fixing its opponents, you are breeding a political culture of fear.”
And indeed, these are the very things which have perverted our political culture in Singapore by the PAP government.
For as long as one can remember, those who do not support the PAP or its policies are punished by all kinds of means. From being discriminated against because one has too many children, to being shut out of the gate because one is not a Chinese, to being shoved to the end of the queue because one has voted for the opposition parties, to being made a criminal because of one’s sexual orientation, the PAP has entrenched a political culture of discrimination, racism, and preferential treatment.
It is thus no wonder that Mr Lee has voided addressing Mr Low’s ideas of “constructive politics” altogether in the debate on Wednesday. Instead, Mr Lee chose the low road of trying to score cheap political points by regurgitating old accusations of the WP, much like what his fellow PAP member Indranee Rajah did just a day earlier.
What Mr Lee and Ms Indranee had engaged in were in fact destructive politicking, the very opposite  of the “constructive politics” which they say they support.
Mr Low, on the other hand, chose to be rational and patient, answering their accusations with calm explanation.
Mr Low, in fact, showed how “constructive politics” is supposed to be.
Indeed, Mr Lee had no response to Mr Low when the latter said, that the WP seeks “the mandate from people to come to parliament to check against the Government.”
“We have done it honestly and sincerely,” Mr Low said, “we have not turned this place into a theatre. That shows we are responsible and we will behave continuously as a rational and responsible party and if members would – I believe members will agree, that the WP has been rational. We have not come here with some wild polices or wild suggestions. We debate the policies, we came up with some suggestions but these are not bankrupting the Government coffer or suggesting to use the reserves.”
And this brings us to the third issue which Mr Low said constitutes “constructive politics” – political values.
“These can include knowing and respecting the Constitution; understanding how the political system empowers the People to make decisions and to take responsibility for the decision made; and also inculcating values like mutual respect, tolerance and diversity, as well as human dignity,” Mr Low said.

“The youth are the future masters of the country and the political leaders of tomorrow. I believe Singapore will be a more stable and mature democracy if Singaporeans are in possession of democratic values, which will be the DNA enabling us to move ahead as one united people and mitigate against the worry expressed by the President of gridlock and paralysis in the hurly-burly of politics.”

It is ironic that in trying to score political points by trying to revive old accusations against the WP on the Population White Paper – which, incidentally, first took place more than a year ago – Mr Lee is engaging in the very thing which he said he was afraid of – political gridlock.
Mr Low, to his credit, explained it very clearly and simply when Mr Lee, virtually grasping at straws, accused the WP of no longer raising objection to the government’s allowance of foreign workers into the country.
“Government decided otherwise that’s their way of doing it,” Mr Low said. “We have said our piece but we have to respect the decision of the Government to move on.”
This, in fact, was what the government itself had said post-GE 2011 – that while we can have debates and arguments, it is the government which will have to make the decision at the end of the day and we have to move on. Otherwise, there will be gridlock.
Yet, when the WP does exactly that – debate and then allow the government to move on once the government has taken a decision on an issue – the WP is instead accused of not continuously objecting to the issue at every point in time.
It is hard then to see what it is Mr Lee expects – for the opposition to continuously harp on an issue it disagrees with, or to allow the government to function after a decision has been taken.
It is thus quite clear that it is Mr Lee who was mired in the gutter of irrational and destructive politicking, contrary to the very “constructive politics” which he said he and his party subscribes to.
As for Mr Lee’s accusation that the WP had “flip-flopped” on the foreign labour issue, WP actually didn’t.
Instead, it is Mr Lee himself who seems to have flip-flopped on another issue.
In 2007:

Voters will decide if Mr Lee’s vision of politics in Singapore is what they want, or if they prefer the more sustainable one envisioned by Mr Low – inculcating political values in our young, encouraging a fair political culture, and having impartial institutions which uphold the values in our National Pledge.
For the longest time, Singapore politics have been stagnant with the all-encompassing PAP in power, ruling and dictating every aspects of our lives, including locking up people under the ISA and locking up Singaporeans’ monies in the CPF.
Perhaps it is time we dreamed a different future from the one of being ruled by petty politics which the PAP has come to be known for.
—————-