By: Hazwady, The Fight Scene
The early 2000 was considered as the golden age of Asian MMA. The now defunct Pride FC, a Japanese based MMA organization started in 1997 and had tremendous success after partnering with Japanese leading kickboxing promotion K1 and held the world’s biggest fight event, Shockwave in August 2002 which still holds the record today for the highest attendee in an MMA event which attracted 91,108 fans.

“Find yourself a good gym. Stay hungry and stay humble.” 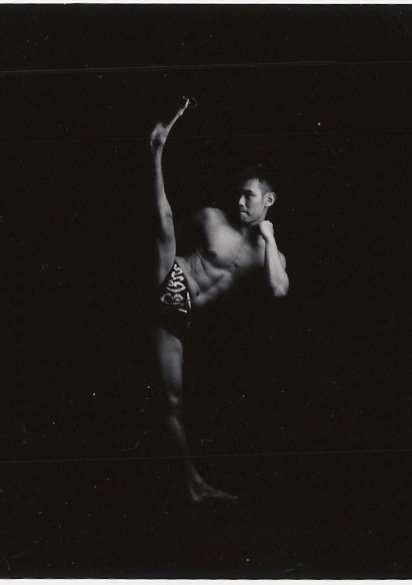 Singaporean First Pro MMA Fighter: Bruce Loh
Prior to his first MMA fight, Bruce had already made his name in SanShou (Chinese Kickboxing) winning accolades from 1995-1997 and holds a black belt in traditional Chinese martial arts. His road to becoming a pioneer in Singapore MMA was purely accidental as Bruce was a last minute replacement for a fighter who went MIA.
Without a proper fight camp, Bruce went to Indonesia prepared to fight an opponent of his same weight class (flyweight) but in the last minute, was matched up with a much bigger Yohan Mulia Legowo (bantamweight). Bruce took the fight nonetheless and lost via TKO. There were talks of a rematch as Bruce broke Yohan’s nose during the fight but there were complications within TPIFC that led to its ultimate demise in 2005.

Long hiatus 2003-2011
Bruce’s 2nd MMA fight was in Nov 2011 where he defeated Shodiyor Jurabekov in Malaysian Fighting Championship 2 which was 8 years apart from his first fight. There were no other viable platforms to compete in MMA after TPIFC demise and Singapore’s first ever MMA event, KOTC, in 2006 was considered a flop as it was held in a remote area in Seletar and held only 3 fights.

The Modern Era
Bruce state that the current batch of fighters are lucky. With the number of minor and major MMA promotions sprouting in the South East Asian Region, fighters now have more opportunities to compete.
Bruce who is now a full time trainer in Impact MMA still has the interest to compete in MMA but he will no longer agree to take any more short notice fights. When I asked him, what advice would he give to young aspiring fighters in Singapore, Bruce replied, “find yourself a good gym. Stay hungry and stay humble.”
This article was first published at The Fight Scene.