By Ng Yi-Sheng
A couple of days ago, I woke up to find this in my Facebook feed: 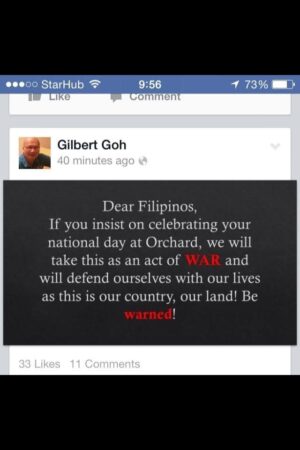 It’s a post from activist Gilbert Goh which reads:

“Dear Filipinos, If you insist on celebrating your national day at Orchard, we will take this as an act of WAR and will defend ourselves with our lives as this is our country, our land! Be warned!”

I’m frankly appalled that Gilbert Goh, a man who speaks for the oppressed in Singapore, could stoop to such violent threats. Remember, all we’re talking about is an independence day event in a shopping mall. Since when did Takashimaya become a sacred space? It’s not like they want to hold the celebrations at Kranji War Memorial.
Anyway, my response to this piece of negativity is going to be a little list to remind all of us Singaporeans of how Filipinos have contributed to our culture and society. For instance:

The Singaporean nationalists who fought for independence in the 1950s and ‘60s were inspired by the great Filipino national hero José Rizal, who was executed by Spanish colonial forces in 1896. 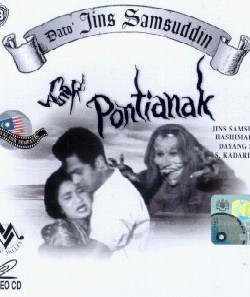 The 1950s and 1960s were also the Golden Age of Malay Film in Singapore. During this time, a number of Filipino directors like Eddy Infante, T.C. Santos and Rolf Bayer were involved in our film industry. Lamberto Avellana even directed a P. Ramlee movie, “Sarjan Hassan”. As for Ramon Estella, he directed 11 films for both Cathay-Keris and Shaw, including the famous “Anak Pontianak”. 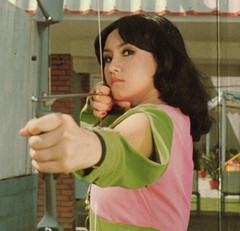 UPDATE: I’ve just been reminded about the internationally successful Singapore movie They Call Her Cleopatra Wong, released in 1978. It was written, directed and produced by Filipino filmmaker Bobby A. Suarez.

· The historical dioramas in the old National Museum of Singapore were also built by Filipinos. The Ayala Museum in Manila created them for us in 1984. (A couple are still on show at the Asian Civilisations Museum.)
(Photo of Diorama of Samsui Women is from Steel Wool, some rights reserved https://www.flickr.com/photos/wynnie/8185069028/in/set-72157632008049640 )

· For many years, the Director of the SAF Music and Drama Company was a Filipina by the name of Babes Conde. She has lived here since 1985, and also served as Musical Director for many Singaporean musicals, such as Dick Lee’s Beauty World and Fried Rice Paradise.

· The beautiful stained glass window in the chapel of the Singapore Art Museum (former Saint Joseph’s Institute) was created by Filipino artist Ramon Orlina. He also has a sculpture at the National Stadium.

· The political cartoonist Miel, who has contributed to the Straits Times and has also written a comic book about Singapore, is also Filipino. His full name is Prudencio Miel and he has lived here since 1992.

· Alkaff Bridge at Robertson Quay wasn’t always so colourful. It was painted in 2004 by the Filipino artist Pacita Abad, who wanted to present it as a final gift to Singapore while she was dying from cancer. · Singaporean artist and filmmaker Brian Gothong Tan is half Filipino. He did the special effects and video for the National Day Parades in 2009 and 2011.

· TODAY reporter Mayo Martin is also Filipino. He’s a one-man arts magazine, giving wide and dedicated coverage to Singaporean theatremakers, dancers, artists and writers on his blog for the last ten years. He’s an integral part of the local arts scene. And yet when he published his poetry book, “Occupational Hazards”, in Singapore, the National Library was reluctant to put it under Singapore Literature because he hasn’t been able to get PR status.


· And let’s not forget the thousands of Filipino domestic workers, nurses, construction workers and service staff who have worked in Singapore in the past and present, doing the work that Singaporeans don’t want to do themselves.
This isn’t a complete list, by any means. I haven’t talked about how my Warrant Officer in the army was a Filipino whom everyone thought was Indian, or how I discovered Filipino universities were teaching Singaporean literature before NUS and NTU… the examples are endless.
Some of us Singaporeans have had bad encounters with Filipinos. That’s not unusual in an overcrowded society like ours. But don’t forget: our country’s a patchwork, made up of influences from all over the place, including the Philippines. We have always been diverse. And it’s my opinion that we would lose nothing by letting another community celebrate their festivals.