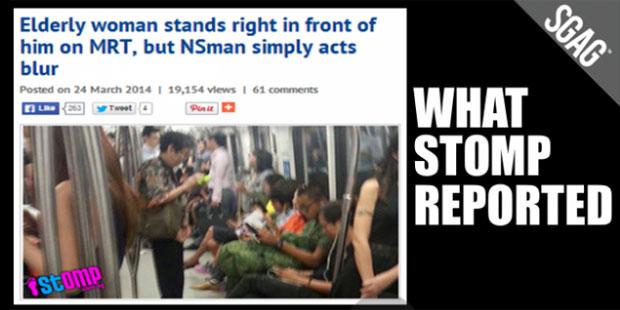 From Al Jazeera website:
Is Singapore’s internet shaming the social media version of public caning? People are snapping photos of what they see as bad behaviour and uploading those images to popular “citizen journalism” websites.
Some claim the trend is leading to harassment and increased xenophobia. And now thousands of netizens are calling for the end of online shaming. Others say it’s simply free speech. Join the conversation Monday at 1930 GMT.
Singapore’s notorious “citizen journalism site” STOMP is suffering public backlash as many users are calling for it to be shutdown. Netizens say the website run by the state-owned Singapore Press Holdings picks up insensitive and false articles “at the expense of other citizens” as well as promoting public shaming. Stories like the one below, raised questions of STOMP’s credibility and its purpose.
——————-
Al Jazeera had invited Stomp, the Media Development Authority (MDA) and the Ministry of Communications and Information (MCI) to participate in the discussion but all declined.
Watch and listen to the discussion in the video below.
In this episode, The Stream speaks to:
Anita Kapoor @AnitaKapoor
Media personality
anitakapoor.wordpress.com
Justin Fong @sg_crisis_guru
Social media consultant
cwfong.blogspot.sg
Nazry Bahrawi @nazwry
Lecturer, Singapore University of Technology & Design
Oliver Woods @oiwoods
Former resident of Singapore