by Andrew Loh
in Uncategorized
Reading Time: 7 mins read
4
When the news first emerged in 2007 that the Housing and Development Board (HDB) was going to build a new market and food centre in Sengkang, residents there were elated. They had been calling for such a development for a while then.
But those hopes soon turned sour as news of the winning bid in the HDB tender exercise came to light.
The winner of the bid, out of 25 submitted, was Renaissance Properties Pte Ltd, a subsidiary of foodcourt chain, Kopitiam.
Renaissance had put in a bid of S$500,100 – doubled that of the second highest bidder, Sembawang New Market Pte Ltd, which had bid $256,788.
The bids were announced on 24 February 2009 [See here.]

The HDB subsequently awarded the tender to Renaissance. It was to be Singapore’s first food and wet market centre to be built and run by a private operator.
However, almost immediately, residents feared the worst after the tender results were announced. The main concern was that the high bid would translate into high rentals for the stalls, which in turn will have to pass on such costs to the customers (ie, residents) who would frequent these stalls.
In April, just two months after the tender results were revealed, a letter to the local press questioned the high bid and the role of the HDB.
“Being a government agency, shouldn’t the HDB ensure that food and goods prices at such places stay affordable for citizens?” asked Mr Zhuang Kuan Song. [See here: “$500k bid: Is HDB setting precedent?”]
But Kopitiam assured the public that the centre, named Kopitiam Square, “aims to be the focal point in the Northeast precinct of Singapore and will be developed into a place for interaction and bonding amongst the residents as well.”
“For instance,” the company said on its website, “there are plans for cooking classes in the market, where young couples can come together and learn to cook with fresh produce procured from the market.”
In January 2010, Kopitiam Square, at the junction of Sengkang East Way and Sengkang Square, was officially opened by the then Senior Minister of State for National Development, Grace Fu.
The centre cost Kopitiam $12 million to build, and consisted of 60 hawker stalls and 60 market stalls and retail shops, spread over 64,584 sq ft of space. It could seat 1,200 patrons.
“The food centre and market plays an important role in creating an identity within the community and building residents’ attachment to where they live,” Ms Fu said.
She said that “the Housing Board was interested in allowing more private operators to build and run similar facilities, so it would track closely the performance of the Sengkang centre.”
Indeed, in April of the same year, the HDB told the press that “it won’t rule out replicating its Sengkang pilot project in other new towns.”
Soon, the stall owners’ and residents’ fears were realised. The press reported that it “appears the high bid has translated to higher rents for tenants and more expensive buys for shoppers at the five-month-old wet market-cum-hawker centre in Sengkang.”
It was revealed that the average rental of a stall at Kopitiam Square was between $2,000 and $6,000 a month, compared to $56 to $3,599 for a stall at a HDB-run centre.
Soon, even MPs got into the matter, with Mr Charles Chong – then an MP of Pasir Ris-Punggol GRC in which the Square is located – saying, “Ideally wet markets and hawker centres should be privately operated, and the Government should not have to regulate too much.”
But before Mr Chong raised his concerns, the Workers’ Party MP for Hougang then, Low Thia Khiang, had highlighted the potential problem in Parliament a month earlier.
Mr Low said: 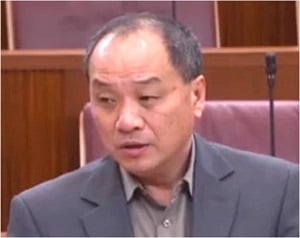 “Hawker centres have become a feature of Singapore and provided fairly inexpensive food for the people due to the relatively low rental. If we apply the principle of maximizing economic benefit from the land occupied by hawker centres and wet markets, these iconic features of Singapore would become super markets and food courts in no time.
“The current trend of the Government to release land for tender by private developers to build and operate markets and hawker centres is worrying.”

Mr Low urged that the “Government should continue the practice of building markets and cooked food centres at new locations for NEA to operate, to ensure Singapore remains a liveable and at the same time affordable city.”
In her reply to Mr Low, Ms Fu said:

“Generally, the Government sets aside land in the new towns for commercial development by the private sector. This gives private operators the flexibility to decide on the type of eating and marketing facilities to meet the changing needs of residents.”

Mr Low, however, pressed for answer to his questions, namely: that for hawker centres and wet markets, would the Government consider direct development, instead of tendering out the land for private developers to develop; and Secondly, whether the Government is concerned with the competitive bidding system of tendering out the land.
“It will,” Mr Low said, “in time to come, jack up the price of food at the hawker centres and wet markets as well.”
Ms Fu responded by explaining that there are “different factors at play” when it comes to the matter.
She said that the authorities have specific requirements for developers, such as whether a centre should be air-conditioned, to keep costs of operating the centre low. She also said that tenants should be allowed to sublet their stalls, and that “we should not fault” them.
And she explained why having hawker centres operated by private entities was not a bad thing.
She gave the example of a hawker centre in Hougang which the authorities had demolished.
She said:

“[Before] we demolished it, we were looking at tenancy with 34% vacancy.  That is not a very vibrant mode of community gathering.  Thirty-four percent of the stalls were vacant.  Why?  Because NEA, as the regulator, is very hard pressed.  It does not have the role to micro manage the tenants’ businesses.  Whereas the commercial operator will be able to do that and has the incentive to do that.”

As for the fear that prices of food may rise because of the higher tender bids for the Sengkang hawker centre, Ms Fu said we “cannot assume that the consumers have no choice but to accept high prices.”
She explained: 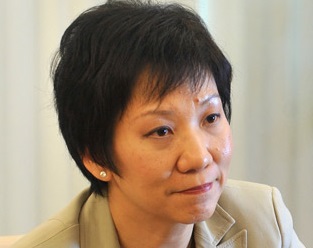 “If we go there in the early hours, we will find it to be quite crowded.”

However, six months after Ms Fu made those remarks in Parliament, the news reported:

The report said “some stallholders in Sengkang’s first wet market-cum-food centre are calling it quits, citing a lack of crowds and high rents.”
It added that “at least 15 out of the 60 food stalls and three wet market stalls out of 48 have moved out.”
A blogger visited it in April 2011 and made the following observation:

“Around 40% of stallholders can’t stand high rentals & closed shop. Value for $? Absolutely not… Look at so many empty seats during lunchtime on Sunday.” The report said that when the reporters visited the centre at lunch time then, “about a third of the 60 hawker stalls were closed” and “less than half the tables were occupied.”
A hawker who had been operating his stall since the centre opened was reported to have said that he cannot pay the rent for his stall, which was over $5,000 a month.
“In other hawker centres,” he said, “the lease is only about $2,000 to $3,000 a month. It’s easier to break even. Here, I can only make $200 to $300 a day.

“Even on weekends, I can only bring in about $500 a day. It’s not like I have money to burn staying here.”

When The Online Citizen (TOC) visited the hawker centre at lunch time on Tuesday, 1 April 2014, the scene was the same – empty tables, about one-third of the stalls closed. In fact, the empty stalls seem to have permanently moved out, leaving their stall space completely bare.
Five years on, it’s a far cry from its opening month back in 2009, where it was reported that 20,000 people had patronised the stalls; and it is nowhere near achieving its goal of being “a place for interaction and bonding amongst the residents as well.”
Read also: “Cheap hawker food – the reality behind politicians’ Facebook postings“.