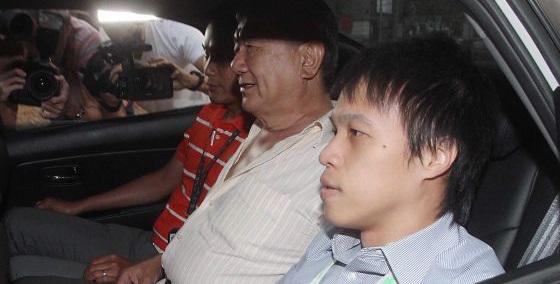 In a statement issued on Sunday, Deputy Prime Minister Teo Chee Hean rebuked the Immigration and Checkpoints Authority (ICA) for allowing the second security breach at the Woodlands Checkpoint on Saturday in less than two months.
The first incident was on 17 January when a Malaysian woman dashed through the checkpoint in her car, and was only arrested 3 days later.
Saturday’s breach “reinforces the findings of the review after the January dash-through,” DPM Teo said.
“The alarm and barrier systems at the checkpoints are inadequate, and they need to be improved and strengthened considerably,” said DPM Teo, who is also the Minister for Home Affairs. “Furthermore, the response protocols and training of officers at the checkpoint need to be improved sharply in parallel with the physical improvements.”
He said that he has directed the Commissioner of the ICA to implement measures to better secure the checkpoints as soon as possible. The Commissioner will also review if there are further enhancements needed arising from Saturday’s event, DPM Teo said.
The ICA, on its part, says it is looking into how the car managed to breach the security barrier at the checkpoint. The barrier had punctured both the front tyres of the vehicle, but the car still managed to drive over it and speed away.
The police also explained why it took five hours to apprehend the suspect, a 65-year old Malaysian who is a Singapore permanent resident, according to news reports.
“This was a determined criminal,” the police said. “He was clearly out to evade arrest. We are not looking for someone who is just walking down Orchard Road.”
A joint-statement from the ICA and the Singapore Police Force said: “[While] the police managed to contact the subject on his mobile phone, he sought to evade checks and arrest by driving across various parts of Singapore and switching to another vehicle.”
All police resources were activated, and the police also sought the help of taxi drivers in Singapore to help locate the man and the car.
It was only 5 hours later that the man was found, and his car located 45 minutes after that.
Four other individuals have since been picked up by the police to help it in its investigations into the incident. The police disclosed that the driver of the car is being investigated for possible drugs-related offences.
The man was charged in court on Monday for committing a rash act and vandalism.
When asked why the police did not give chase when the car sped off after breaching the security barrier, the police’s director of operations, Lau Peet Meng, said while there are police cars at the checkpoint, they are used mostly for “transporting officers.”
He said whether cars should be used to chase after suspects is a “resource issue.
“We always expected the crash barrier to stop the vehicle from going through, because it’s a fairly secure barrier and it’s used around the world,” he said.
The seemingly effortless manner in which the two security breaches have taken place has raised concerns that more serious consequences could have resulted from them, and that terrorists driving vehicles loaded with explosives could easily get into Singapore in this way.
Chairman for the Government Parliamentary Committee for Law and Home Affairs, MP Hri Kumar, said: “You can have a situation whereby the car is loaded with ordnance and it just runs through the barrier and by the time you recover the vehicle, it may well be too late. From the Causeway to any part of Singapore (will take) just an hour at most. And so we need to have the infrastructure to make sure vehicles can’t go through without our allowing them to do so.”
While the two incidents have not led to more serious consequences, the authorities must not be nonchalant about the failures.
Even after the first incident which took place less than two months ago, it seems that the ICA and police did not learn the lessons from it.
DPM Teo’s comments show the inadequacy of the measures which were in place – from the alarm and barrier systems, to the response protocols and training of officers which DPM Teo need to be “improved sharply.”
This is in sharp contrast to his remarks following the incident in January. Then, he had placed the blame on a “serious error of judgement” of the ICA officers on the ground who failed to sound the alarm in a timely fashion when the woman drove through the checkpoint.
According to a TODAY report then:
“The police and ICA said they will review the incident and take steps to prevent a recurrence. In particular, the security systems and work processes at the Woodlands and Tuas checkpoints will be reviewed.”
The second breach on Saturday apparently shows that the “review” of the “security systems and work processes” was in itself inadequate. These are in fact the very same two areas which DPM Teo has again highlighted for their shortcomings.
It thus begs the question: what did the ICA and the police do after the January incident? What did its “review” of the security system at the checkpoint result in? What measures were put in place?
Or were those at the top lackadaisical about the lapses?
But more importantly, as Mr Hri Kumar highlighted, can Singapore afford another such breach? What if it resulted in much more serious consequences?
DPM Teo should show zero tolerance for such incidents and take some serious action against those in authority at the ICA. This is especially so when he had described the first breach as “unacceptable.”
Chiding the ICA is not good enough.