By Andrew Loh
In the latest exchanges between the Workers’ Party (WP) and the grassroots in its constituencies, the chairman of the People’s Action Party branch, Victor Lye, has cast some very serious allegations against the WP town council, and also made what appears to be insinuation of wrongdoings by the town council.
Writing to the Straits Times forum page, Mr Victor Lye, who is also the chairman of the Bedok Reservoir-Punggol citizens consultative committee (CCC), regurgitated the charges which the PAP had raised last year.
Among Mr Lye’s litany of rehashed laments were, in his own words:
“To date, it [Aljunied-Hougang-Punggol East Town Council (AHPETC)], has given $26 million of public funds in contracts to close supporters – $5.2 million handed over without tender.”
And:
“Their managing agent is paid 50 per cent more than People’s Action Party town councils – and it might be 70 per cent higher this year. Why is it paid so much more? Where is the money going to?” 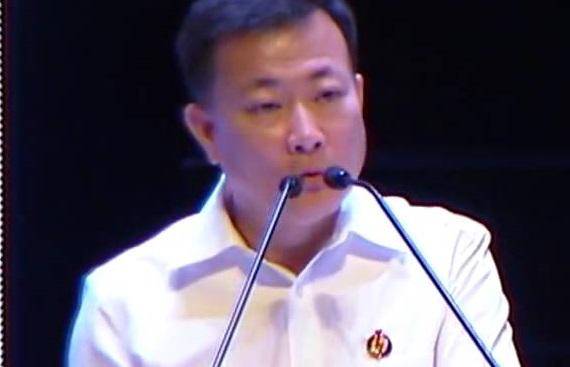 To be sure, these allegations are not new. They were raised by PAP members such as Mr Khaw Boon Wan, PAP chairman and Minister for National Development, and Dr Teo Ho Pin, co-ordinating chairman of all the PAP town councils.
On the contracts awarded to the AHPETC managing agent, FM Solutions and Services Pte Ltd (FMSS), the WP had already addressed it in some details last year, both in Parliament and in later statements which it issued to the media and is available to the public. [See here.] Indeed, Ms Lim had explained at least twice – the first time in 2011 when it first awarded the contract to FMSS – why it did what it did. Mr Lye perhaps – or rather, clearly – has missed both explanations, or chosen to ignore them. Or apparently he refuses to accept them, even as those like Dr Teo and Mr Khaw no longer raised the matter after Ms Lim’s explanations.
As to the issue of why FMSS “is paid 50 per cent more than People’s Action Party town councils – and it might be 70 per cent higher this year”, it has also been answered by the WP last year, if Mr Lye had bothered to read up a little about it.
The reason why the rates appeared more than those for the PAP town councils, as WP explained in May 2013, is that “there were discrepancies between the Minister’s figures and our computation methods, as seen in the subsequent media exchanges between MND and AHPETC.”
When the PAP members continued to cast aspersions and make insidious suggestions of impropriety on the part of WP, despite these explanations, Ms Lim issued an ultimatum:
“If the Minister,” Ms Lim said in the May statement, “Dr Teo or the Ministry believe there was any wrongdoing in WP’s management of the Town Council, we invite them to make a report to the CPIB or other relevant agencies to investigate the matter, rather than to make these suggestions and insinuations.”
The PAP has not found it necessary to file any complaint or lodge any report with the CPIB to date.
Now, however, Mr Lye is regurgitating these same issues.
Mr Lye should also know that his accusation of WP “organising illegal trade fairs” is a matter before the court, and indeed Ms Lim had said that she would not be commenting on the matter when it first surfaced days ago.
Mr Lye should be fair and allow our courts to adjudicate on the matter. Whether the WP town council is guilty of “organising illegal trade fairs” is yet to be determined.
In further comments to the Straits Times, Mr Lye accused WP MP Pritam Singh of “politicising it”, referring apparently to Mr Singh’s speech at a NUS forum recently. Mr Singh had said that the PAP has politicised the grassroots with the appointments of certain PAP members to various positions in grassroots organisations.
But Mr Lye’s accusations run hollow – and clearly ironic – given the very positions he himself currently holds. These are:

The issue of the grassroots being politicised is not a new issue, and Mr Lye making allegations against Mr Singh for raising the issue is childish, to put it mildly. The matter has been raised many times in the past.
What is clear to many Singaporeans is the obvious conflict of interests in appointing PAP members and/or PAP candidates who have lost in the general election to grassroots positions whereby they are able to wield authority over the elected MPs.
In brief, a candidate rejected by the people in a general election gets to wield authority over elected MPs in the contested constituency, nevertheless.
The issue here, as has been explained countless times by many people, is that the grassroots must be non-political and not only so but – and just as importantly – seen to be so as well.
Surely, someone like Mr Lye would agree that this must be so.
But by the very fact of the various appointments he holds, Mr Lye himself is a physical representation or personification of exactly what Mr Singh said – that the grassroots organisations have become politicised.
Here, you have a PAP branch chairman who is also the chairman of a grassroots organisation.
And this very same chairman of a grassroots organisation is also the advisor to the grassroots organisations.
I think Mr Lye would do much better if he took a look at himself and perhaps start asking himself some very serious questions instead.
As for his allegations about potential (financial) impropriety in how the WP town council is run, Mr Lye should lodge a report with the CPIB if he feels he has concrete proof to substantiate his accusations.
Otherwise, Singaporeans should consider his as empty bark, dramatised for political effect and for scoring cheap political points.