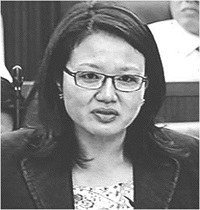 In Parliament on Monday, Workers’ Party MP Sylvia Lim raised concerns on the government’s proposed amendments to the law to allow auxiliary police officers to safeguard prisoners while they are within prison premises.
Currently, the law allows the auxiliary police to be deployed to escort prisoners while in transit to and from prison (e.g. to court) and while they are outside prison.
The amendments will now expand this role.
Ms Lim said:

The Online Citizen will post the government’s response as and when we have it.