Singapore/Asia, Nov 2013 — Expanding its regional network for curated, quality micro-cinema content around Asia, Viddsee launches its all-new Channels to partner with content partners to showcase more short films online. The online video platform is also set to premiere new short films from around Asia – Singapore, Malaysia, Thailand and Philippines – online for the first time. These bring a great addition to the already-stellar Viddsee roster of over 200 Asian titles. 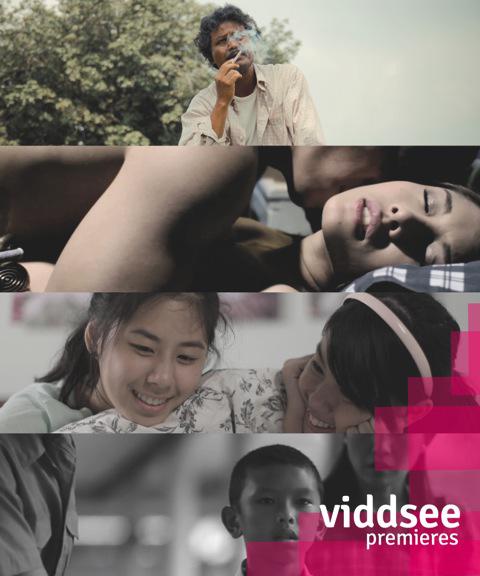 To date, Viddsee has premiered at least a third of its short films online for the first time. It has created a trusted and sustained platform for Asian filmmakers to showcase their films and tell their stories. These stories highlight the blend of storytelling, acting, cinematography and music. They touch the heart with stories about human emotions and relationships. Viddsee calls them “the movies for the social Internet” where everyday audience are able to find these stories appealing and accessible. Adding to the collection of short films are 4 new premieres set to launch exclusively for the first time on Viddsee. From the birth of a blind boy finding his place in society to the death of a father triggered by a young man’s love, these films explore diverse themes from love, friendship, sex to death.

One of the short film, TheRapist, written and directed by Diane Ventura (Philippines), tells the story of a young man accused of rape sent for psychiatric evaluation, where he recalls and narrates the details of what transpired the night of his alleged assault to his therapist. The short film stars veteran Filipino character actress Cherie Gil and newcomer Marco Morales in the lead. The film ended up getting nods from the International Film Festival Manhattan (IFFM) in New York, making it to the Most Popular Films and Best Short Film lists.

The line-up of premieres will include Hajat by Ken Kin (Malaysia), Echo by Lincoln Chia (Thailand/Singapore) and Paper Boxes by Melinda Tan & Ho Jia Jian (Singapore).

Viddsee is leveraging the power of community to make new short films from Hong Kong, Vietnam, Indonesia, Singapore, Thailand, Philippines, and Cambodia accessible to the world. With its new channels feature, Viddsee links up with regional film festivals to create dedicated channels on Viddsee.com to screen films online. This helps extend the reach of their physical programming to an online audience, making short films truly accessible to anyone who were not at the physical venue. This effort and reach is resounded alongside film festivals like Tropfest SEA (Malaysia) and Chatomuk Short Film Contest (Cambodia). Existing partners like the Singapore Short Film Awards and Singapore Short Cuts are also supporting Viddsee’s online film movement with their new channels. Viddsee is also venturing outside of Southeast Asia, working with the Hong Kong Arts Centre to bring a collection of Hong Kong short films on the platform. Viddsee continues to collaborate with these regional partners thru their channels to support local content with Viddsee’s sustained platform for local creators to showcase their works and audience to easily discover quality local content.

These community partners are deemed by their local filmmakers as the go-to people for short films. One example is Thai filmmaker, Banjong Pisanthanakun of Thai horror blockbusters like “Shutter”, “Pee Mak” was first discovered through Thai Short Film and Video Festival organized by Thai Film Archive. Chalida Uabumrungjit, Director of the Thai Film Archive, adds, “Viddsee has created a trusted platform amongst the filmmaking community and we are excited, together with Thai Short Film and Video Festival, to showcase Thai short films along with other quality short films around the region, and promote them to a larger regional audience online.” Banjong’s early short film “Colorblind” will also be included as part of the collection.

Channels can also use Viddsee’s social engine to run online contest for their festivals. The 15th Tokyo Broadcasting System (TBS) DigiCon6 Singapore Channel introduced a Viewers Choice Awards for the first time, using Viddsee’s micro-ratings where audience can vote based on its overall quality and technical executions like story, visuals and sound. The engagement online augmented the festival further to bridge online and offline experiences together.

“We are excited to work with our regional partners and look forward to signing up more channel partners and filmmakers in the Asia,” says Derek Tan, co-founder of Viddsee. “We want to create a new distribution network for Asian short form content on the Internet. This will be powered with community, content and platform.”

Some Channels include Cannes Camera D’Or winner Anthony Chen’s past short films, well-crafted and thought-provoking stories from Temasek Polytechnic’s Digital Film and Television school and short documentaries around Asia to inspire change with Our Better World. Audience can discover Channels via www.viddsee.com/channel and anticipate catching more upcoming channels around the region in the coming weeks!

Viddsee is an online video platform for filmmakers and audience of Southeast Asian short films. Built and designed by engineers and filmmakers, Viddsee enables users to easily discover, watch and share regional content on their desktop and mobile devices. Viddsee’s vision is to continually grow the community of short film audience and to enable a wide and accessible market reach for short films. For more information, please visit www.viddsee.com.

83% Hike in Taxi Fares not Comforting at all